The Lost World of the Fair 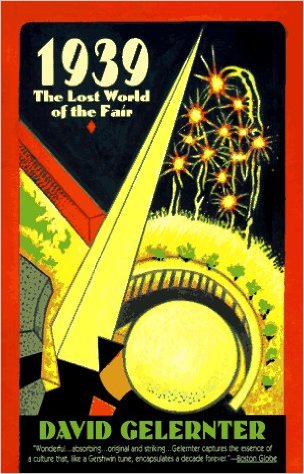 Between the Great Depression and World War II, a World's Fair was held in the city of New York. This event thrilled a generation with its spectacular vision of the world's bright future. Millions thronged from every corner of the globe to gaze on breathtaking wonders such as the Trylon and the Perisphere—and especially to celebrate the utopian future whose imminence the Fair foresaw. It would be a transformative world, one in which the "good life," through modern science, technology, arts, and enlightened morality, would be just around the corner

David Gelernter's , evokes a moment in time brimming with the promise of the new—a world that chose innocently to look forward in bright hope, rather than backward with regret.

"Original and arresting...very good and incalculably sad.... Gelernter has given us a vivid portrait not merely of the fair but of the city and the nation that conceived it.... It makes one ache for a world forever lost." — Washington Post Book World

"Wonderful...absorbing...original and striking.... Gelernter captures the essence of a culture that, like a Gershwin tune, encapsulates a decade forever." — Boston Globe

"Gelernter has given us a portrait of yesteryear that is to be cherished." — Publishers Weekly

"One of the most moving love stories I have ever read." — Commentary

"Part fiction, part history, part sociology and part prophecy...1939 is strong on the pleasures of the past.... The reader can sense the wonder of the fair." — The New York Times