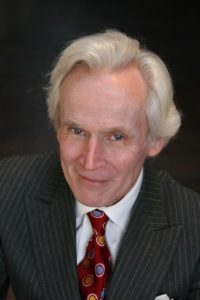 Alan Pell Crawford’s first book was Thunder on the Right: The ‘New Right’ and the Politics of Resentment (Pantheon, 1980), described by The New Republic as “a notable work of intellectual and political history.” His second book was Unwise Passions: A True Story of a Remarkable Woman and the First Great Scandal of Eighteenth-Century America (Simon and Schuster, 2000), an account of the sensational incest and infanticide scandal of the Randolph family of Virginia, which involved Thomas Jefferson, Patrick Henry, John Marshall and other prominent figures of Jeffersonian Virginia. It was praised by critics as "History that reads like a novel.... A must read" (The Washington Times) and "A rollicking good tale" (Kirkus Reviews). A former U.S. Senate speechwriter and Congressional press secretary, Crawford has lectured on American political history at Harvard University and the Cooper Union. His articles on history, politics and public affairs have been published in The Washington Post, The New York Times, The Chicago Tribune, the Los Angeles Times, The Atlanta Constitution, The Independent of London, National Review, The Nation, The Weekly Standard, American History, Colonial Williamsburg Journal, and Vogue. Crawford regularly reviews historical works for The Wall Street Journal.

HOW NOT TO GET RICH: The Financial Misadventures of Mark Twain (Houghton Mifflin Harcourt, 2017)