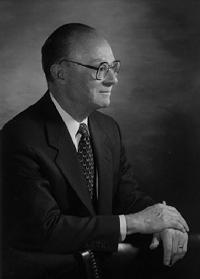 The late Allan H. Meltzer held a chair named for him—The Allan H. Meltzer University Professor of Political Economy—at Carnegie Mellon University. The author of the landmark A History of the Federal Reserve and other influential books and monographs, he was a member of the President's Council of Economic Advisers as well as an adviser to the Congressional Budget Office and Federal Reserve Bank of New York.

"Allan H. Meltzer, the great economist of monetary affairs who died Tuesday [May 9, 2017] at age 89, was the consummate insider who understood the value of staying outside the government. Other than a short stint in the late 1980s as a member of the President’s Council of Economic Advisers, Meltzer made a distinguished career offering constructive criticism to the powers that be…. Meltzer was at the center of most of the great debates about the direction of U.S. economic policy…. Along the way, Meltzer wrote a magisterial “History of the Federal Reserve.”… His was a career born of deep and caring respect for the institutions of economic governance. Meltzer understood that economic decision-making is a powerful force in the life of nations, and he dedicated his life to ensuring that his profession performed that role with intellectual rigor and honesty for the public good."—The Wall Street Journal, Editorial, May 10, 2017