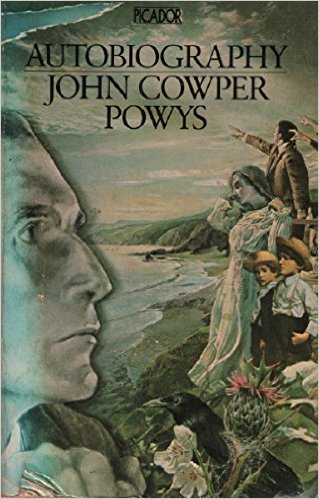 “The Autobiography I did read about five years ago and strongly support your efforts to get it reissued.  Powys was a powerful writer, a great eccentric, and since he spent so much of his adult life in the US, his book will be of particular interest to American readers --- to the educated ones, anyway.  God knows what the others are up to.  My own theory is that there are half a million people scattered about the country who haven't lost their marbles or who have some marbles to lose.”—Saul Bellow in a letter to Glen Hartley, June 25, 1987

“It is a book which can be read, with pleasure and profit, over and over again.  It is in fact one of the greatest autobiographies in the English language.  Even if Powys had never written any novels, this one book alone would have proved him to be a writer of genius.”—J. B. Priestley

“The Autobiography I still believe to be the greatest, the most magnificent, of all autobiographies.”— Henry Miller

“The Autobiography has no real peer in English literature.”—George Steiner, Sunday Times (London)


“A rich and fascinating document.”—V. S. Pritchett, The Nation


“A book authenticating its author’s claims to something like ‘terrifying and formidable genius.’… As to the maniacal intensity of the sex-force in his life, and the largely resultant fantastic fears and aberrations that at one time brought him near to madness, he is entirely, but also entirely decently, frank…. At the same time the confessional spirit of his autobiography must not be minimized.  It is important.  Here, in a degree unusual at least in modern literature, is the complete portrait of a man.”—Times Literary Supplement


“The most accessible of his important publications is probably his Autobiography, one of the most eccentric memoirs ever written.... His autobiography has justly been compared to Rousseau's Confessions. It rivals them in its frankness and its evasions, in its inconsistency and its emotional intensity, in its egoism and its self-abasement, and in its keen response to the natural world.”—Margaret Drabble, The Guardian

“The Autobiography is a great and disturbing book; unlike any other published in our time.”—The World Review


“It is a strange, even weird, book.  At times, it borders on the grotesque; at times it is philosophical; at times it is sheer poetry….  There is no doubt that this is one of the most convincingly sincere autobiographies ever written…. Again and again he seems to have crossed the narrow bridge separating genius from insanity, but turn a page and you find that one foot still remains on the bed-rock of common, or uncommon, sense.”—Boston Transcript


“It is a book that may merely startle or offend some readers; it opens up vistas to people who are only routinely sane.”—Books