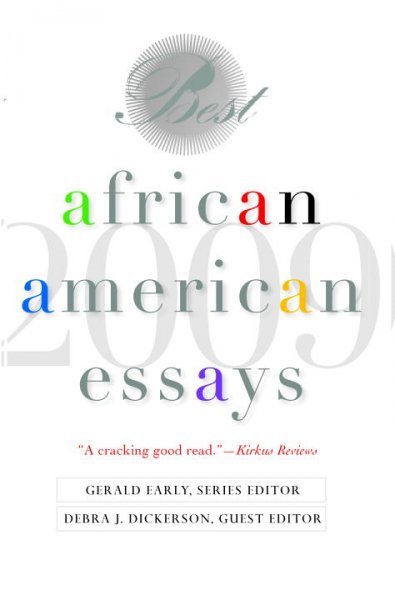 This exciting collection introduces the first-ever annual anthology of writing by African Americans. Here are remarkable essays on a variety of subjects informed by—but not necessarily about—the experience of blackness, as seen through the eyes of some of our finest writers.

From art, entertainment, and science to technology, sexuality, and current events—including the battle for the Democratic nomination for the presidency—the essays in this inaugural anthology offer the compelling perspectives of a number of well-known, distinguished writers, among them Malcolm Gladwell, Jamaica Kincaid, James McBride, and Walter Mosley, and a number of other writers who are just beginning to be heard.

Selected from a diverse array of respected publications such as the New Yorker, the Virginia Quarterly Review, Slate, and National Geographic, the essays gathered here are about making history, living everyday life—and everything in between. In “Fired,” author and professor Emily Bernard wrestles with the pain of a friendship inexplicably ended. Kenneth McClane writes hauntingly of the last days of his parents’ lives in “Driving.” Journalist Brian Palmer shares “The Last Thoughts of an Iraq War Embed.” Jamaica Kincaid describes her oddly charged relationship with that quintessentially British, Wordsworthian flower in “Dances with Daffodils,” and writer Hawa Allan depicts the forces of race and rivalry as two catwalk icons face off in “When Tyra Met Naomi.” A venue in which African American writers can branch out from traditionally “black” subjects, Best African American Essaysfeatures a range of gifted voices exploring the many issues and experiences, joys and trials, that, as human beings, we all share.

"Series editor Early and guest editor Dickerson have gathered a vibrant mix of voices…. Early states up front his ecumenical goal: collecting the best essays authored by African-Americans…. Whatever the criteria involved, the book is a solid piece of work gathered from a wide range of publications…. Long-form classics crowd a host of shorter, divergent viewpoints. The effect is something like a loud family dinner with plenty of opinionated relatives who don’t always get along…. A cracking good read, something that all too few essay anthologies manage to be." — Kirkus Reviews