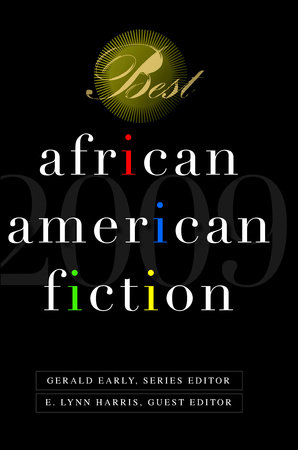 Introducing the first volume in an exciting new annual anthology featuring the year’s most outstanding fiction by some of today’s finest African American writers.

From stories that depict black life in times gone by to those that address contemporary issues, this inaugural volume gathers the very best recent African American fiction. Created during a period of electrifying political dialogue and cultural, social, and economic change that is sure to captivate the imaginations of writers and readers for years to come, these short stories and novel excerpts explore a rich variety of subjects. But most of all, they represent exceptional artistry.

Here you’ll find work by both established names and up-and-comers, ranging from Walter Dean Myers to Chimamanda Ngozi Adichie, Mat Johnson, and Junot Díaz. They write about subjects as diverse as the complexities of black middle-class life and the challenges of interracial relationships, a modern-day lynching in the South and a young musician’s coming-of-age during the Harlem Renaissance. What unites these stories, whether set in suburbia, in eighteenth-century New York City, or on a Caribbean island that is supposed to be “brown skin paradise,” is their creators’ passionate engagement with matters of the human heart.

"There hasn’t been an anthology of such talented African-American literary figures since Marita Golden’s 'Gumbo,' and the result is a masterful bouquet of literary flowers, some grand, some subtle, but none shrinking. Striking among the collection is 'Cell One,' Chimamanda Ngozi Adichie’s cautionary tale of what happens when success and ambition outpace discipline and firm-handedness in child-rearing in Nigeria. The son of a professor and his accommodating wife, Nnamabia is titillated by thug life, and it isn’t until he’s arrested and observes the blatant disrespect toward a sick elder that he remembers the good sense his parents instilled long ago. In 'This Kind of Red,' Helen Lee tells of a battered woman who copes by counting everything from crayons to the minutes she has to kill her abusive husband. Mat Johnson offers an excerpt from 'The Great Negro Plot,' his novel infused with the history of slavery and indentured servitude in colonial New York. With something for every reader’s taste, this is a collection not to be missed. (starred review)" — Publishers Weekly