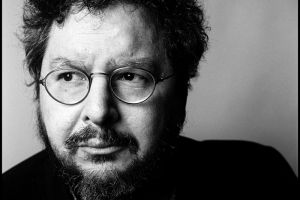 David Gelernter is a professor of computer science at Yale University, chief scientist at Mirror Worlds Technologies, a contributing editor to The Weekly Standard, and a member of the National Council of the Arts. The author of eight books on topics ranging from poetry and artificial intelligence to aesthetics, technology, and computer science, Mr. Gelernter is also a widely published essayist on art, culture, politics, and Jewish thought and the author of a number of books, among them: MIRROR WORLDS: or the Day Software Puts the Universe in a Shoebox . . . How It Will Happen and What It Will Mean (1991), THE MUSE IN THE MACHINE: Computerizing the Poetry of Human Thought (1994), 1939: The Lost World of the Fair (1995), DRAWING LIFE: Surviving the Unabomber (1997), and MACHINE BEAUTY: Elegance and the Heart of Technology (1998).

“Gelernter traffics in ideas, but he despises intellectuals and blames them for irreparably degrading American culture…. Gelernter's career, his habitual breaches of disciplinary borders, can be seen as a revolt against the prevailing tides of academic life. His is also the career of a supremely confident thinker.”—Evan R. Goldstein, The Chronicle Review, Dec. 4, 2009

AMERICA-LITE: How Imperial Academia Dismantled Our Culture (and Ushered In the Obamacrats) (Encounter Books, 2012)

THE TIDES OF MIND: Uncovering the Spectrum of Consciousness (W.W. Norton & Co., 2016)