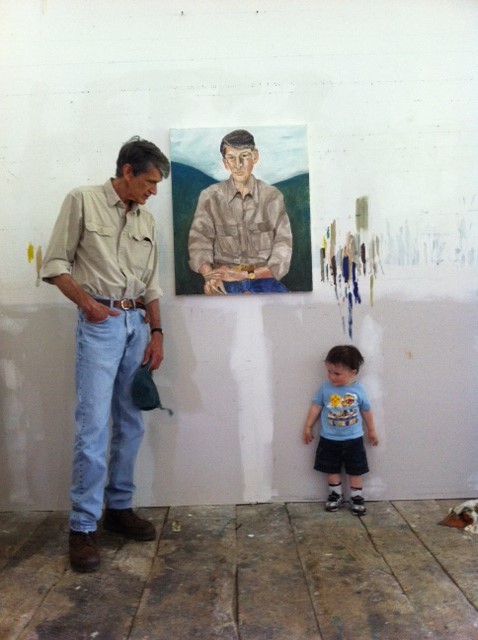 Douglas Crase was born in 1944 in Battle Creek, Michigan, raised on a nearby farm, and educated at the Woodrow Wilson School of Public and International Affairs at Princeton. His work has been widely anthologized, and he has received a Witter Bynner Award and Whiting Writers' Award as well as fellowships from the Guggenheim and MacArthur foundations and the American Academy and Institute of Arts and Letters. He is the author of two books of poetry, The Revisionist (1981) and The Astropastorals (2017), two prose collections, AMERIFIL.TXT: A Commonplace Book (1996) and Lines from London Terrace: Essays and Addresses (2018), and a dual biography, Both: A Portrait in Two Parts (2004).

Photograph and portrait of Douglas Crase by artist Mark Milroy, 2013.

THE REVISIONIST AND THE ASTROPASTORALS: Collected Poems (Nightboat Books, 2019)