The Oxford Commentaries on American Law 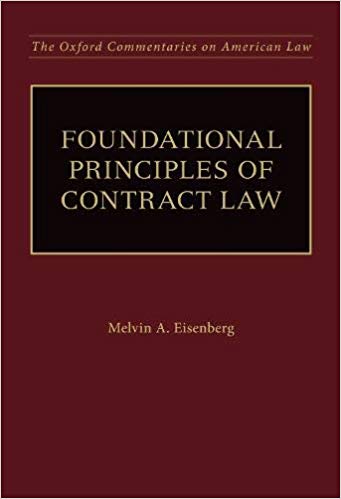 "Eisenberg’s book, like his previous scholarship, demonstrates his great intellectual curiosity. Eisenberg completed his legal studies before the emergence of economic analysis of the law; yet, once it appeared, he was quick to grasp its great contribution as well as its limitations. He has carefully integrated fruitful economic insights into his own analyses while simultaneously criticizing its more dogmatic and less fruitful claims with acute precision. Years later, after behavioral research shed new light on the law, he offered pioneering applications of psychological findings to various contract law doctrines. Eisenberg has been similarly interested in other theoretical perspectives on contract law, in legal history, in foreign legal systems, and no less importantly, in careful doctrinal analysis of case law and legislation. He masterfully weaves all these threads into the rich fabric of his scholarship to produce powerful legal arguments…. It is impossible within the boundaries of this review to do justice to the many original and powerful analyses that appear in Eisenberg’s book." — The University of Chicago Law Review