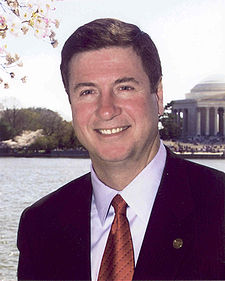 George F. Allen played football (he was named All-ACC Academic Team quarterback in 1972) and rugby for the University of Virginia, from which he graduated with a B.A. in history and a law degree. He has served as a United States Senator and Congressman, Governor of Virginia, and Delegate in the Virginia General Assembly (elected to the seat once held by Thomas Jefferson). Currently, he is president of George Allen Strategies, LLC. He is the son of Hall of Fame football coach George Allen and brother of Redskins General Manager Bruce Allen.

WHAT WASHINGTON CAN LEARN FROM THE WORLD OF SPORTS (Regnery, 2010)