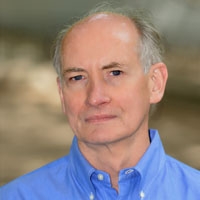 Guy MacLean Rogers holds a first-class honors degree in Ancient History from University College London and a Ph.D. in Classics from Princeton University. He has been the recipient of numerous grants and awards in support of his research, including ones from the National Endowment for the Humanities, the Fulbright Fellowship program, and the American Philosophical Society, and his first book, The Sacred Identity of Ephesos: Foundation Myths of a Roman City, won the 1989 Routledge Ancient History Prize. His textbook, Roots of the Western Tradition: A Short History of the Ancient World, co-authored with C. Warren Hollister, is in its eighth edition.

In 2014 he was elected to hold the William R. Kenan Jr. endowed Professorship of Classics and History at Wellesley College. He teaches courses on Greek and Roman history, ancient religion and warfare, Alexander the Great, Julius Caesar, and western civilization.