Why Women Drink—and How They Can Regain Control 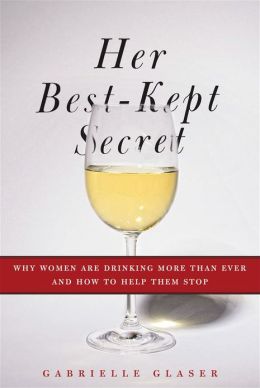 American women have been drinking since the Pilgrims sloshed ashore four hundred years ago. Since that time, attitudes have gone from permissive to restrictive, and behaviors have shifted from normative and open to fetishized and secret.

We are now at a different place than any time in history. Women of all ages are drinking more, while men's alcohol use is staying the same. Young women pound shots of tequila; middle-aged women guzzle secret bottles of wine as they cook dinner, and even senior citizens say they regularly down more than four drinks at one sitting several times a month. Is this a problem?  If it is, the language we use to address it is one rooted in an approach designed by men, for men, almost eighty years ago. Are you an alcoholic, or aren't you? When it comes to drinking guidelines, even government agencies offer different recommendations for what's safe. As they have in so many other realms, American women have poured on past those limits and defined what they want for themselves.

Her Best-Kept Secret shines a light on women's drinking habits across time, and illustrates how we got to this point, and especially demonstrates why the culturally accepted solution—Alcoholics Anonymous—is at best, unhelpful to most women, and is more often damaging. It shows new approaches to problem drinking that are based in science, and the real lives of women who have found themselves on the frightening slide from normal drinker to secret one.

Excerpted in the Wall Street Journal

"A substantial book, interested in hard facts and nuance rather than hand-wringing. It is strongest when detailing how the American story of addiction and recovery was shaped for and by men. Glaser makes a persuasive case that Alcoholics Anonymous, which enjoys a near monopoly in the recovery sphere, is structurally and functionally unsuited to many women. This was baked into the organization’s early history as a support group for middle-aged, white professional men, at a time when alcoholism was being identified as a disease but when women who drank were still seen as immoral — if they were seen at all…. Glaser acknowledges that alcohol provides a form of self-medication during a time of dizzying changes in women’s lives, but she is skeptical of the notion that alcohol abuse is the price of too much liberation. Her concise assessment: 'Women are drinking more because they can.'... Glaser seems more interested in asking why institutions aren’t serving women’s needs better." — Irin Carmon, The New York Times Book Review

"Glaser has written an engaging account of women and drink, citing fascinating studies about modern stressors and evidence that some problem drinkers can learn moderation. She includes material about Alcoholics Anonymous that is bound to stir controversy.... One can't help but admire Glaser's efforts to find science that will challenge the orthodoxy." — Judith Newman, People

"Over the past century, American women have progressed from sipping in seclusion to enjoying the occasional cocktail in public following WWII, to downing wine today like characters from Sex and the City. In fact, from 1992 to 2007, the number of middle-aged women who sought help getting sober in various treatment programs almost tripled. Journalist Glaser traces the increasingly besotted history of women’s relationship with alcohol (focusing mostly on middle-class women), but she becomes particularly insightful and provocative as she argues against the efficacy of Alcoholics Anonymous (AA) for women. Rather than guiding women down a healing path of humility and acceptance, AA and its Twelve Steps, Glaser argues, have failed to protect women from predatory men, thereby consigning many already insecure and anxious women to failure. In lieu of AA, Glaser investigates new majority-female programs, as well as a seldom-prescribed medication…. Conversational and persuasive—as if Vicki Iovine had written a Girlfriend’s Guide to getting sober—this quick read is full of encouraging and informative advice, and it’s sure to ignite renewed discussion about one-size-fits-all treatment options." — Publishers Weekly

"Glaser probes the shift from the days of feminists like Carry Nation, popularly known as ‘the saloon destroyer,’ to the ‘Cosmopolitan-sipping’ Carrie Bradshaw. As a journalist who has written features for a variety of national publications about women’s issues over the past 20 years, the author began noticing an across-the-board increase in the amount of liquor women were consuming. She examines binge drinking by college-age women intent on establishing their entitlement to be treated as equals, as well as stay-at-home moms more discreetly imbibing. She profiles the after-work scenes in Portland, Ore., and New York (both places where she has lived) and notes that alcohol is no longer considered to be unladylike. It has become a crutch, an acceptable way for women to ‘muscle through the post-feminist, breadwinning, or stay at-home life [they] lead.’ Glaser suggests that one reason for the increase in drinking is the increase in stress for women balancing the demands of work and modern child-rearing. While women may be closing the behavioral gender gap, the physical fallout of prolonged heavy drinking is more dangerous for them. Not only can it have a damaging effect on childbearing, but it also seems that women metabolize alcohol more slowly than men and suffer more physical problems. Glaser cites a 2010 Gallup poll estimating that nearly two-thirds of American women are regular drinkers, and she correlates this with statistics showing an increase in the number of women arrested for drunk driving. Furthermore, a significant proportion of heavy drinkers become alcoholics and are frequently abused sexually, a problem even within organizations such as Alcoholics Anonymous. An important addition to feminist literature that calls upon women to reject a spurious equality ‘whose consequences in broken families, broken hearts, and broken futures, are all too real’ and face up to the problem of alcohol dependency before it takes over their lives." — Kirkus Reviews