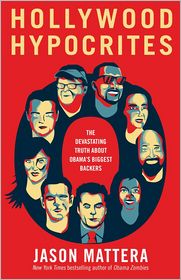 "A devastating investigation that rips the mask off the people who sold Obama to America—radical Hollywood. Eye-popping, exhaustively researched, and absolutely hilarious, Mattera's book muzzles the Hollywood liberals who stand ready to repackage a failed president to voters all over again. Powerful evidence for anyone committed to seeing Obama defeated in 2012." — Mark Levin