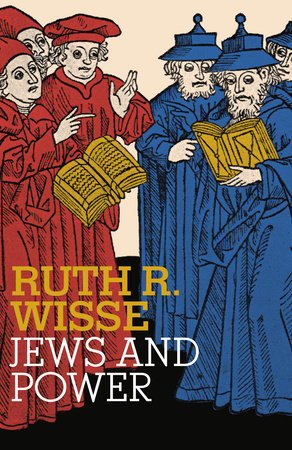 Taking in everything from the Kingdom of David to the Oslo Accords, Ruth Wisse offers a radical new way to think about the Jewish relationship to power. Traditional Jews believed that upholding the covenant with God constituted a treaty with the most powerful force in the universe; this later transformed itself into a belief that, unburdened by a military, Jews could pursue their religious mission on a purely moral plain. Wisse, an eminent professor of comparative literature at Harvard, demonstrates how Jewish political weakness both increased Jewish vulnerability to scapegoating and violence, and unwittingly goaded power-seeking nations to cast Jews as perpetual targets.

Although she sees hope in the State of Israel, Wisse questions the way the strategies of the Diaspora continue to drive the Jewish state, echoing Abba Eban’s observation that Israel was the only nation to win a war and then sue for peace. And then she draws a persuasive parallel to the United States today, as it struggles to figure out how a liberal democracy can face off against enemies who view Western morality as weakness. This deeply provocative book is sure to stir debate both inside and outside the Jewish world. Wisse’s narrative offers a compelling argument that is rich with history and bristling with contemporary urgency.

"A book that celebrates the Jewish return to sovereign power, in all its promise and complexity, is as unusual as it is welcome. Wisse has written such a book...a good, fighting book that contains much information in few pages." — Anthony Julius, The New York Times Book Review

"An erudite, polemical essay that attempts to encapsulate the entire political history of diaspora Jewry in just 184 pages of text.... Wisse is a brilliant scholar of enviable narrative gifts, and there is so much to admire here." — Susan Jacoby, Washington Post Book World

"This survey of Jewish history highlights the political aspect of Jewish experience, beginning with the observation that in the Hebrew Bible, Jewish power came through military heroics. By the time of the Roman conquest in A.D. 70, the Talmudic rabbis changed the narrative, blaming defeat on internal dissension, thus elevating the need for political discipline above military power. A Harvard professor of Yiddish and comparative literature, Wisse is keen to study how the politics of Jews occasions the politics of what she terms anti-Jews. For instance, she asserts that Allied leaders entered WWII not to save Europe's Jews but in order to defeat the Nazis, who were also anti-Jews. Similarly, the author says, President Bush was provoked to fight anti-Jewish terrorists by 9/11. Yet in both cases, isolationists accused the administration of caving in to Jewish demands that damaged American interests. Even the founding of Israel, she implies, has not normalized Jews' political position in the world. Palestinians, she says, have forged a national identity in obsessive opposition to Israel, and other nations have exploited Israel for their own political ends.... Wisse is in fine form with well-reasoned, self-assured arguments bound to provoke heated debate among interested intellectuals." — Publishers Weekly

"Wisse's brilliantly discerning analysis supplies insights so historically striking, and so currently indispensable, that no honest thinker can do without them." — Cynthia Ozick

"In an era of deepening political and moral confusion, Ruth Wisse supplies a voice that is both clarion and courageous. Hers is a vital message for anyone who cares about Irael's fate and the future of the Jewish people." — Michael Oren