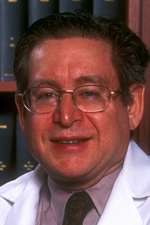 An internist, medical educator, and historian of medicine, Dr. Ludmerer was educated at Harvard College and The Johns Hopkins School of Medicine. He is the author of Genetics and American Society (1972), a study of the American eugenics movement, Learning to Heal: The Development of American Medical Education (1985) and Time to Heal: American Medical Education from the Turn of the Century to the Era of Managed Care (1999), called by reviewers “a masterpiece of great national importance” and “the most important work in medical education since the Flexner report.”