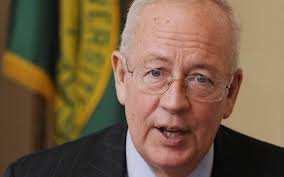 Kenneth W. Starr is the former president and chancellor of Baylor University and former Dean of Pepperdine University School of Law. He served as Solicitor General of the United States from 1989 to 1993, during which time he argued twenty-five cases before the Supreme Court. He also served as Judge on the DC Court of Appeals and for two years as law clerk to Chief Justice Warren E. Burger. He was the special prosecutor during the "Whitewater" investigation of President Clinton and his cronies.

He has been a Distinguished Visiting Professor at George Mason Law School, Adjunct Professor at New York University Law School, and a partner at the Washington, DC branch of the Chicago-based law firm Kirkland & Ellis. He is a graduate of Duke Law School.

CONTEMPT: A Memoir of the Clinton Investigation (Sentinel, 2018)