Montesquieu and the Logic of Liberty

War, Religion, Commerce, Climate, Terrain, Technology, Uneasiness of Mind, the Spirit of Political Vigilance, and the Foundations of the Modern Republic 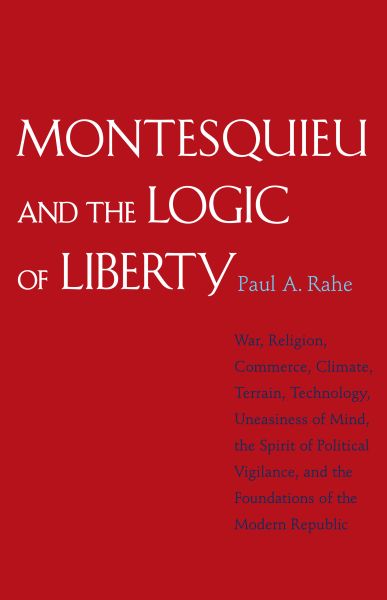 This fresh examination of the works of Montesquieu seeks to understand the shortcomings of the modern democratic state in light of this great political thinker’s insightful critique of commercial republicanism.

The western democracies’ muted response to victory in the Cold War signaled the presence of a pervasive discontent, a sense that despite this victory liberal democracy itself was deeply flawed. Paul A. Rahe argues that to understand this phenomenon we must re-examine—starting with Montesquieu—the nature of liberal democracy, its character, and its propensities. In a brilliant exposition of the works of Montesquieu Rahe identifies the profound sense of uneasiness fostered by the modern republic as a source of weakness and as the principal cause of the present discontents.

Paul A. Rahe is also the author of Soft Despotism, Democracy’s Drift.