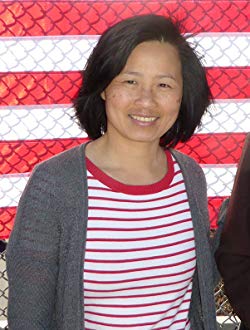 Oanh Ngo Usadi was born in Saigon but grew up in an orchard in the Mekong Delta, where her family was exiled after the war. When she was eleven, the family escaped Vietnam as part of the mass exodus of boat refugees. In 1984, they settled in a small Texas town where her father opened a banh mi sandwich shop. Her essays have appeared in the Wall Street Journal, the New York Times, Forbes, and Christian Science Monitor. She now lives in New Jersey with her husband and children.

OF MONKEY BRIDGES AND BANH MI SANDWICHES: From Saigon to Texas (O&O Press, 2018)