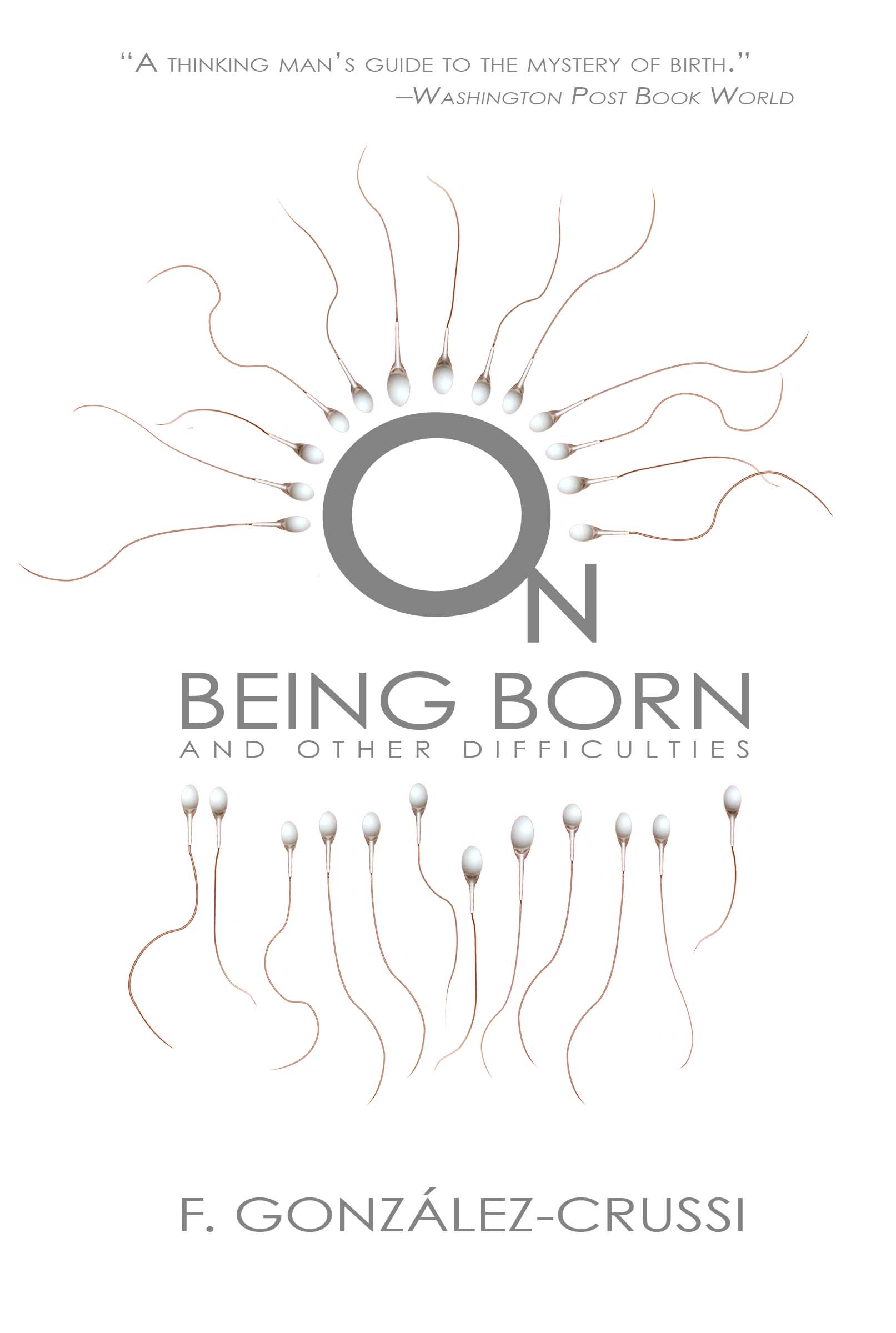 "Elegant," "graceful," "a writer of precision and originality," "marvelously original and provocative," "never less than shrewd and entertaining," Gonzalez-Crussi's eighth book of literary essays focuses on the extraordinary and often bizarre associations with human generation, from the earliest superstitions about childbirth to contemporary scientific advances such as test-tube babies and human cloning.

"A collection of elegant and engrossing essays on the theme of birth. González-Crussi blends literature and science, philosophy and religion, history and myth into his own unique meditations. Beginning at the beginning, he opens with reflections on the origins of life and the invention of sexual reproduction, and as is his wont, moves seamlessly from laboratory to library, drawing on 20th-century physiologists, Renaissance artists, and Greek philosophers. When next he considers the male obsession with female purity, he takes the reader to Egypt, said to be the Arab world's hymen-repair center, a growing business in a culture where loss of virginity has led to the murder of women by their male relatives. Following essays take up the uterus, offering both solid facts and preposterous myths about the womb; fanciful notions about procreation; and erroneous beliefs about the transmission of maternal impressions to the developing fetus.... One of the delights of reading González-Crussi is his astonishing erudition.... Entertaining and enlightening." — Kirkus Reviews (starred review)

"In this learned and graceful meditation on the question 'where do we come from?' González-Crussi...traces the history of thought about the origins of life, from the Pythagoreans to the present day.... In a grand rhetorical style, González-Crussi illuminates the murky depths of the history of medicine, reflecting, often morbidly, on our evolving attitudes to the natural wonders of birth, life and the origins of the universe." — Publishers Weekly (starred review)

"González-Crussi has already treated the physiology and medicine of death, sex, and, with the resplendent admixture of some sublime memoirs.... ON BEING BORN is another lusciously slow-reading gift from an author without peer in our time." — Booklist

"Imagine: dark wood paneling, rare books, red leather chairs. A men's club where the erudite and refined sip brandy and talk gloriously—an art form of ‘mind dancing’ where masters of articulation can make leaps in imagination and knowledge, draw improbable connections and achieve moments of euphoria. To read this book is to spend an evening in such a club. ON BEING BORN is that kind of mind-dancing book, a collection of essays that form a thinking man's guide to the mystery of birth. ON BEING BORN takes off when the author weaves colorful, discredited information of the past with the scientific findings of the present. This slim book is a lyrical romp, from Hippocrates’ jug concept of the womb to ‘Mitochondrial Eve,’ the hypothetical maternal ancestor of all modern humans, believed to have lived in Africa 150,000 to 200,000 years ago. For the most part, the reader gets a facile lesson in embryology and genetics, wrapped in an entertaining after-dinner lecture. ‘How, indeed was life possible?’ González-Crussi asks. The language shivers as he describes a lifeless Earth as ‘at one time a very desolate place: a hallucinating, storm-tossed waste, the Apocalyptic landscape for the explosions of thunder and the fiery roar of volcanoes,’ with an oxygen-free atmosphere of ammonia, carbon dioxide, methane and hydrogen. Add high-energy lightning bolts and ‘you have the conditions necessary to foster the synthesis of organic molecules.’ But how did those early organic molecules do it? What primal principles guided these molecular waifs to bond and become a multicellular organism? The author counters the bloody and belligerent survival-of-the-fittest chic of evolutionary biology by awarding a rightful place to what he calls ‘harmony and solidarity…. Nature is also indebted to cooperation and peaceful agreement. Perhaps the union was of a forced kind, as with soldiers or school classmates, who come together by fate instead of choice: But for the need to survive, cells might never have developed mutual loyalty. All the same, a higher form of team-spirit emerges that lends strength to the group.’ And then these harmonious, cooperative, bonded cell groups discovered sex! ‘Higher animals stick to this practice with unyielding tenacity.’ Another round of drinks in the library, please. Cellular biology, in Gonzalez-Crussi's view, opens up a whole new image of the battle of the sexes…. Who could fail to be charmed by this poetic mind?" — The Washington Post

"The charm of the book is precisely its wonder. If, as González-Crussi writes, 'birth is a battle,' then ON BEING BORN is its brief epic. He describes, with casual elegance, the pathways of gestation and parturition, and meditates upon the myths that surround the messy miracle." — The New York Times Book Review