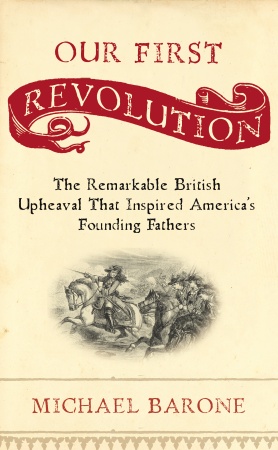 In recent years Americans have been devouring books on our nation's Founding Fathers—Benjamin Franklin, George Washington, John Adams, Thomas Jefferson, Alexander Hamilton. As these writers help us understand, the Founders did not spring from a historical vacuum. Before the break with the Crown, they regarded themselves as Englishmen, as inheritors of the system of government and the traditional liberties of England. As they moved daringly into a revolutionary and republican future, they looked back on a heritage that was shaped by many historical events. Not least among them was what most Englishmen referred to as the Glorious Revolution of 1688-89. This term referred to the series of events that resulted in the ouster of King James II and the installation of King William III and Queen Mary II, and in changes in English law, governance, and politics that turned out to be major advances for representative government, guaranteed liberties, global capitalism, and a foreign policy of opposing hegemonic powers on the European continent and in the world beyond.

The Founders, far from rejecting the Glorious Revolution, argued instead that they were being denied the rights of Englishmen that otherwise flowed from it. The First Revolution, as Barone calls it, was a reference point, an example, indeed a glowing example, for the American Founders. It was a long step forward toward the kind of society we take for granted now, providing the backdrop for the amazing growth, prosperity and military success of 18th and 19th century Britain—and for the American Revolution and the even more amazing growth of the United States. Barone tells the improbable story of how it happened.

"Not content with being the most knowledgeable commentator on the nuts and bolts of American politics, Michael Barone now provides a splendid analysis of the intellectual pedigree of America's political order. He demonstrates the remarkable extent to which our revolution was a reverberation of another one." — George F. Will

"A shrewd analyst of American politics turns his gaze eastward to the Glorious Revolution that placed Williiam and Mary on Engand's throne and served as an example to America's Founders.... Brisk, thoughtful assessment of the full significance and implications of an episode in British history underappreciated on this side of the Atlantic." — Kirkus Reviews