The Conspiracy to Destroy Michael Milken and His Financial Revolution 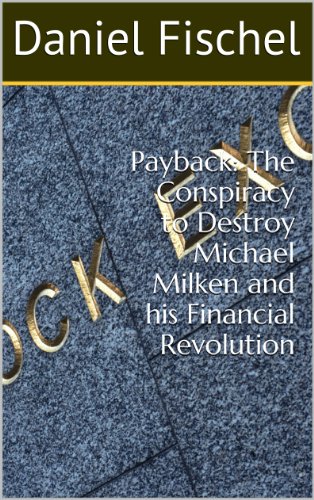 To this day in the popular mind, Michael Milken is the poster boy of the 'Decade of Greed'—the inspiration for movie character Gordon Gekko's chilling assertion that 'Greed is good.' Conventional wisdom driven by media hype deplored the corporate raiders and takeover arbitrageurs of the 1980s. But as Daniel Fischel, CEO of Compass Lexecon and a professor at the University of Chicago Law School, shows in this classic, engagingly written work of law and economics, it was Milken, at upstart investment bank Drexel, who, by underwriting corporate takeovers with high-yield debt—unjustly demonized in the press as "junk bonds"—forced corporate America to become more competitive, better disciplined, and better-run.


Who resented this? The Establishment. Fat and happy in oversized and dysfunctional fiefs built for their own ease and self-protection, the Business Roundtable old boys fought back, using their connections in the press and the Government. Worse, grandstanding prosecutors like Rudy Giuliani, and judges more attentive to mob opinion than due process, proceeded to railroad an innocent man, whose deals profitably underwrote the tech and telecom revolution. The prosecutors' case crumbled on appeal, leaving only a story, untold by the media, of horrendous prosecutorial overreach along with the persistent smear that "junk bonds" enabled the "greed" of a certain class.

Payback shows the unhealthy influence of corporate special interests on Washington, who entrench personal power by manipulating politicians, laws, and regulations. The press rarely whistleblows—regulatory tweaks don't bleed, so they don't lead. For instance, the 1968 Williams Act's Rule 13(d) seems to promote shareholder transparency, but is really just a head's up to incumbent management of an impending takeover. Fischel's lucid portrait of how bad laws like FIRREA built the S&L crisis and made it much worse, with the bill handed to the taxpayer, foreshadows the even bigger debacle of the 2008 financial crisis. Instead of correcting systemic issues, government leaps to indulge special interests with patchwork handouts. Prosecutorial witch-hunts are then cynically used to deflect blame.

"This book is a must read for those of us who have been misled by the hyped-up journalistic accounts of the so-called 'decade of greed.' In a thorough examination of the major cases of the eighties alleging criminal financial manipulation, Daniel Fischel demonstrates that the real culprit is the government, which in its zeal to find scapegoats for its own mistakes grossly misused the justice system." — Milton Friedman

"Economist Fischel asserts that Michael Milken and Drexel Burnham Lambert were responsible for an enormous sea change in financial innovation on Wall Street that affected countless corporate restructurings and resulted in the creation of vast wealth for U.S. and foreign investors. These are not necessarily bad things unless you happen to have powerful enemies like Rudolph Guiliani who vow to bring you down. In writing an in-depth look at what really happened in the Eighties, Fischel talked with all the participants and studied the court records and government testimony. He feels there was a conspiracy to bring down Milken and Drexel involving Wall Street competitors, U.S. business, and even the government. In this persuasive account, Fischel argues that 'the so-called Wall Street and savings & loan scandals of the 1980's wouldn't have occurred if the government hadn't intervened.'" — Library Journal

"This is a remarkable, bound-to-be controversial reappraisal of the so-called financial revolution of the 1980s." — Publishers Weekly

"A convincingly documented and thought-provoking audit of the high costs of government intervention in the free markets that have built America's enviably high standard of living." — Kirkus Reviews

"A book that may well change our understanding of the 'decade of greed.' ...The most frightening part of Mr. Fischel's book details how the politicians, prosecutors and regulators used obscure, highly technical regulatory violations as the cornerstone for criminal prosecutions of Drexel Burnham, Mr. Milken, and others." — The Wall Street Journal

"This is the eye-opening story of how a high-profile case can spin out of control, at the expense of justice, and how a man can become a symbol and a scapegoat. No one is better qualified to tell this story than Dan Fischel, one of the nation's most distinguished legal scholars." — Susan Estrich, Professor, University of Southern California Law School