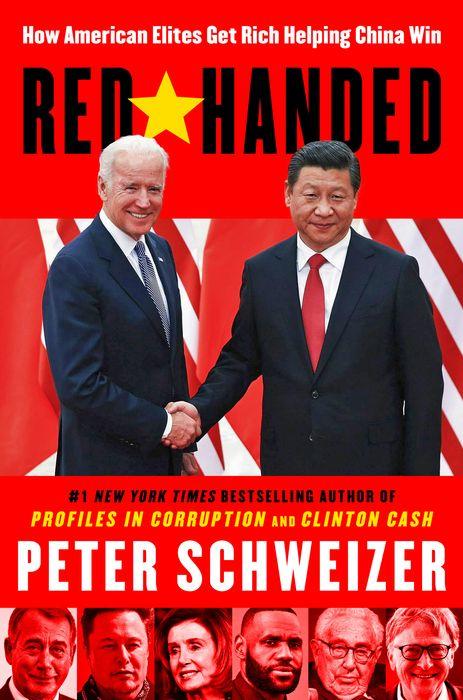 That the Chinese government seeks to infiltrate American institutions is hardly surprising. What is wholly new, however, are the number of American elites who are eager to help the Chinese dictatorship in its quest for global hegemony.

In Red-Handed, six-time New York Times bestselling investigator Peter Schweizer presents his most alarming findings to date by revealing the secret deals wealthy Americans have cut to help China build its military, technological, and economic might. Equally as astonishing, many of these elites quietly believe the Chinese dictatorial regime is superior to American democracy.

Schweizer and his team of forensic investigators spent over a year scouring a massive trove of global corporate records and legal filings to expose the hidden transactions China’s enablers hoped would never see the light of day. And as Schweizer’s past bombshells like Profiles in Corruption, Secret Empires, and Clinton Cash all made clear, there are bad actors on both ends of the political spectrum.

Exhaustively researched, crisply told, and chilling, Red-Handed will expose the scary nexus of power between the Chinese government and the American elites who do its bidding.

"Schweizer’s two years of research calculates that the Biden family reaped some $31 million from Chinese business executives with ties to the upper ranks of Chinese intelligence. Schweizer also packs some other startling revelations into fewer than 250 pages. The ‘elite’ whom he says are profiting enormously from America’s decline include big names of Silicon Valley, banking and investment firms, colleges and universities and — of course — government. And neither party has clean hands, Schweizer says." — Bill Cotterell, Tallahassee Democrat  (Read the full review)

"A crucially important book.... Remarkable and eye-opening.... A must-read.... This will blow the roof off!" — Mark Levin, Life, Liberty & Levin  (Read the full review)