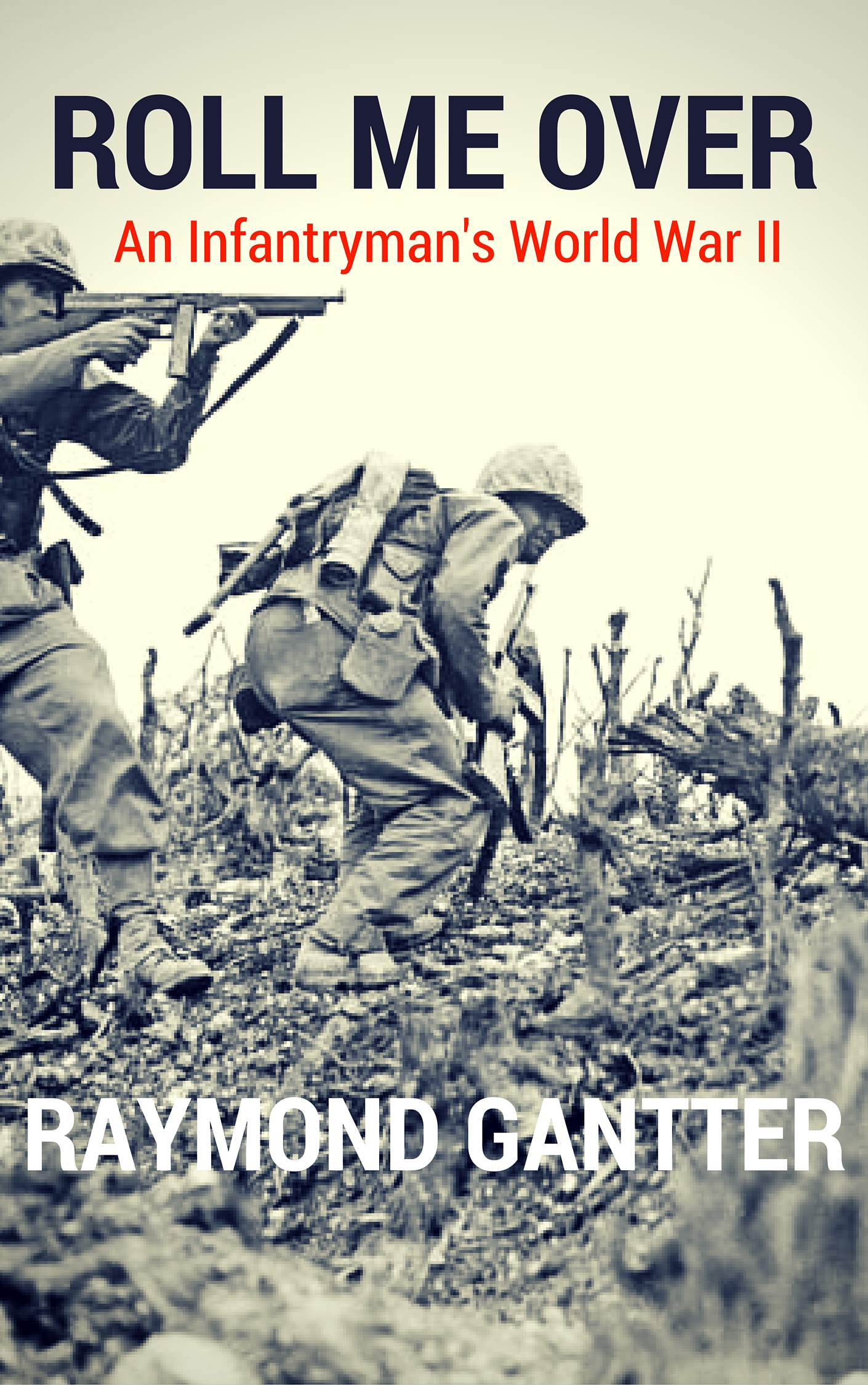 When Raymond Gantter arrived in Normandy in the fall of 1944, bodies were still washing up from the invasion. Sobered by that sight, Gantter and his fellow infantrymen (1st Infantry Division, 16th Infantry Regiment, Company G) moved across northern France and Belgium, taking part in the historic and bloody Battle of the Bulge, slowly penetrating into and across Germany, fighting all the way to the Czechoslovakian border.

With depth, clarity, and remarkable compassion, Gantter—an enlisted man and college graduate who spoke German—portrays the extraordinary life of the American soldier as he and his comrades lived it while helping to destroy Hitler's Third Reich.

From dueling with unseen snipers in ruined villages to fierce battles in which the lightly armed American infantry skirmished against Hitler's panzers, Gantter skillfully captures one infantryman's progress across a continent where guns, fear, and death lay in wait around every bend in the road.

"To describe Roll Me Over as a late-arriving account of infantry life on the European battlefields of World War II would be no overstatement. Author Raymond Gantter wrote it between September 1944 and June 1949, died in 1985, yet it was only finally published in 1997 at the behest of his estate. It’s a good thing, too. Gantter arrived in Normandy in September 1944 a relative and uncommon sophisticate in the enlisted ranks. Turning down a third deferment, the 30-year-old graduate of Syracuse University was a German-speaking, jazz-piano playing, 130-pounder who must have been quite a soldier, too: He advanced from private to buck sergeant in six months, and by war’s end added a battlefield commission and Silver Star. Crafted from copious letters and notes, the story of his marches—across Northern Europe and the Battle of the Bulge, eventual arrival in Czechoslovakia, and finally to occupation service in Germany—is unglamorous to say the least. A mature man’s eye and hand, though, are unmistakable, and lend an extra measure of page-turning gravitas to a story that needs no such help. Gantter’s self-corrections are particularly instructive. Impressions he had during his time in combat are often amended in the light of post-war experiences, and with refreshing (particularly by today’s undemanding standards) humility and candor. That it’s a tale to read and re-read is easy to declare; that it has much to say even 70 years hence about every era’s wars and soldiers is what makes it a deserving classic." — Frank Winn, America’s 1st Freedom