The Invention of the Human 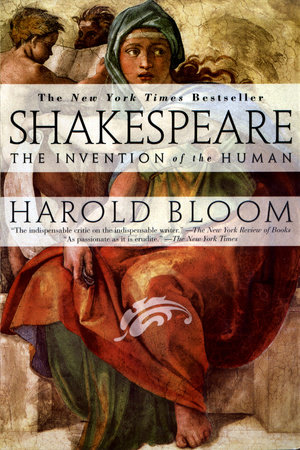 This national bestseller changed the world's understanding of Shakespeare. Bloom is our most insightful commentator on Shakespeare's plays, and his book is the perfect vehicle for appreciating the power and the humanity of the world's greatest writer.

"The finest one-volume assessment of the plays at our disposal." — Robert Gottlieb, The New York Times Book Review

"This is a book to acquire." — Hugh Kenner, The National Review

"Not perhaps since Samuel Johnson in the mid-18th century has a critic explained to a general audience as ably as Mr. Bloom does how much Shakespeare matters to our sense of who we are.... Bloom, too, notices the ways we reinvent Shakespeare when he attacks the academic attempt to usurp Shakespeare, the effort by critics he calls 'resenters' to nullify, by moralizing and historicizing, the deeply human presence we feel in so many of Shakespeare's plays. Mr. Bloom has always been a student of poetic envy, and part of what makes his book so bracing is that he allies himself naturally with Shakespeare's greatest readers, with Samuel Johnson, Charles Lamb, William Hazlitt, G.K. Chesterton, all of them distinguished by the generosity of their literary insight.... Mr. Bloom's argument is that in characters like Falstaff, Iago, Hamlet, and Cleopatra, Shakespeare invented the inwardness of the human self." — Verlyn Klinkenborg, The New York Times

"It is a fiercely argued exegesis of Shakespeare's plays in the tradition of Samuel Johnson, Hazlitt and A.C. Bradley, a study that is as passionate as it is erudite, as provocative as it is sometimes perverse.... [I]t's hard not to be impressed by his overall knowledge of and insight into his subject's work. Mr. Bloom deftly illuminates the ideas and motifs animating Shakespeare's plays, succinctly shows how the playwright's life appears to have affected his work, and astutely analyzes the development of his transcendent art." — Michiko Kakutani, The New York Times

"It is a feast" — Jonathan Bate, The Wall Street Journal

"In THE WESTERN CANON (1994), Bloom aired the notion that Shakespeare 'invented us.' Now he surveys the plays to lay out evidence for that extraordinary claim. He revives a tradition that all but died early in this century: considering the plays' characters as the most fruitful way of reading Shakespeare.... [S]o brilliant, so probing is his criticism that he virtually compels the reader to test his thesis by rereading the plays with equal dedication. This is pure Bloom, delightful and provocative, literary criticism at its very finest — and a Book-of-the-Month Club main selection." — Booklist (starred review)

"In some ways the crowning achievement of the controversial Yale critic's career.... Brilliant, persuasive.... Bloom is an ideal cicerone: a passionate, sensitive reader who tempers his irreverent common sense with an even-more-instructive stance of awe." — Publishers Weekly (starred review)

"An enraptured, incantatory epic.... No one, not even A. C. Bradley, has traced the accommodating confines of Shakespearean character with quite such dedication as Bloom." — Anthony Lane, The New Yorker

"A magisterial survey of the Bard's complete dramatic oeuvre by the always stimulating author of THE WESTERN CANON (1994). This is a splendid book: elegantly written, scholarly yet accessible, radiant with Bloom's love for Shakespeare in particular and literature in general.... very nearly perfect." — Kirkus Reviews (starred review)