The Edge of Evolution 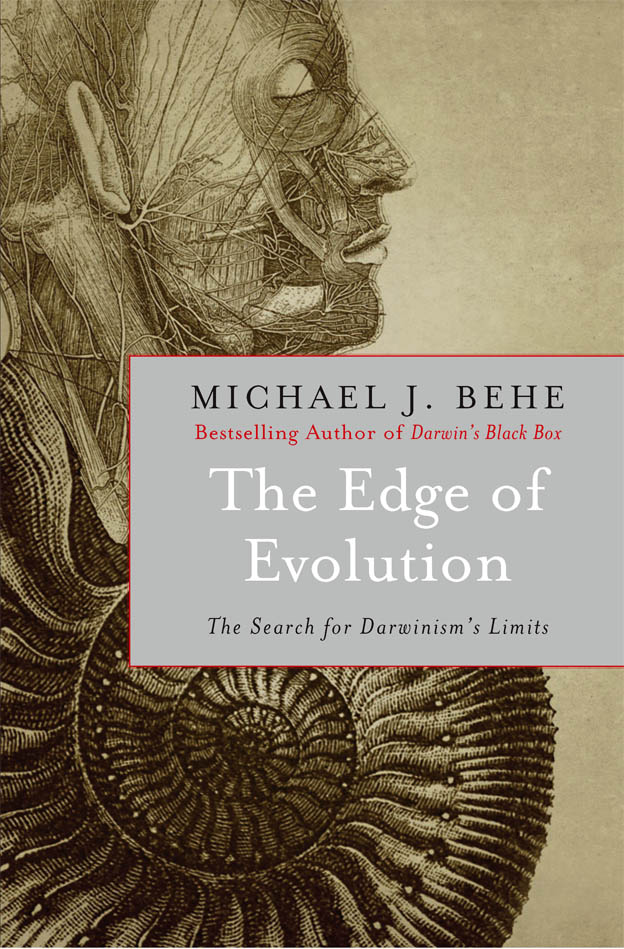 Continuing the important and controversial work begun in his best-selling DARWIN'S BLACK BOX, this book explores the ragged border of the most influential idea of our time—Darwinian evolution. In a nutshell, undiluted Darwinism says that life developed strictly through the interplay of chance and natural selection. Random mutations thrown up by genetic mistakes spread if they helped a lucky mutant to leave more offspring than others of its species. Incessant repetition of this simple process over eons didn't just modify the fringes of life. It built the wonders of biology from the ground up, from the intricate molecular machinery of cells up to and including the human mind.

That's the official story, anyway, which is often presented as a package deal—take it or leave it. Yet Darwin's multifaceted theory has to be sifted carefully, because it actually contains a number of unrelated, entirely separate ideas. Scientific reasoning, like many other intellectual endeavors, is simply a chain of logic built on facts and assumptions. This book assumes any well-informed, reasoning person—PhD or no—can critique the logical chain, question the supposed facts, and challenge the assumptions.

To help us see what random mutation and natural selection can really do, this book takes an unusual approach. In order to get a realistic idea of the power of Darwinian evolution, it leaves behind most of the popular images—dinosaurs, wooly mammoths, pretty Galapagos finches—to focus mainly on the invisible foundation of biology, the molecular world of the cell. There are two vital reasons for this: First, mutations—the fuel of Darwinian evolution—are themselves molecular changes, where the DNA of an organism is accidentally altered from that of its parents. Second, the most intricate work of life takes place at the level of molecules and cells. Imperceptible molecules are the foundational level of life. So, to locate the edge of evolution, we have to examine life's foundation.