A New Translation of the Meditations 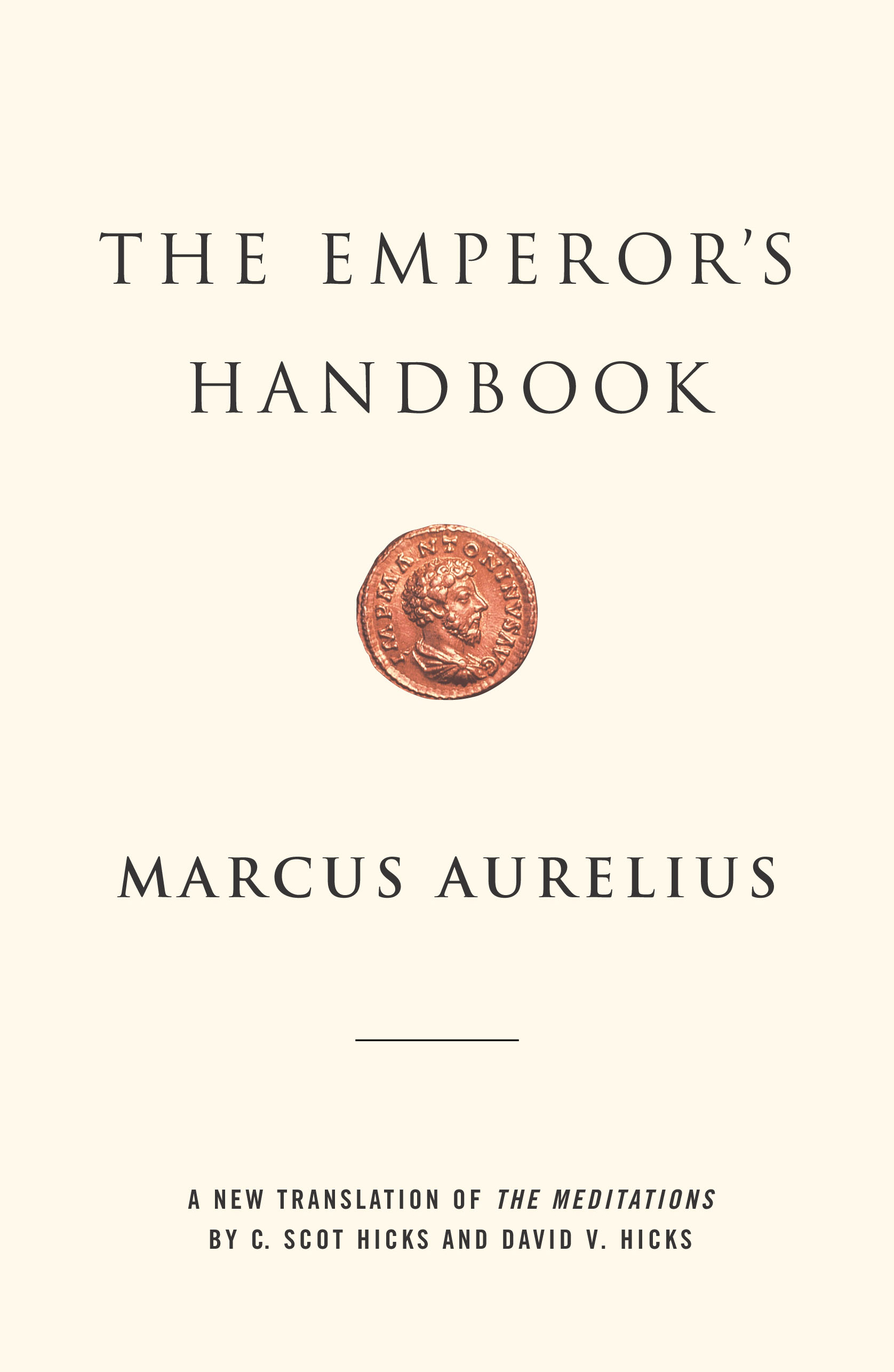 "This new accessible translation by Scot and David Hicks of the emperor's famous Stoic handbook reflects far better the flavor of Marcus Aurelius's own style. Americans should read Marcus — and this new edition now makes it a joy." — Victor Davis Hanson, Senior Fellow in Classics and Military History at the Hoover Institution, Stanford University

"This brilliant new translation gives us instant access to the amazingly modern life and thought of Marcus Aurelius. Here is a 2nd century man of action faced with the incessant pressure — and attendant sense of emptiness — that 21st century men and women live with day by day. And yet, midst the unrelenting stress, he somehow finds the inner peace that eludes so many of us. Thanks to the Hickses, we can now join this great and good man as he reflects on what it is that makes life abundant and worthwhile." — F. Washington Jarvis, Headmaster, the Roxbury Latin School

"The wisdom contained in this handbook has been admired through the ages. The brothers' excellently clear translation happily now makes it accessible." — Donald Kagan, Hillhouse Professor of History and Classics at Yale University

"The Hicks brothers have rescued Marcus Aurelius from dry as dust classical obscurity. Instead of serving up the stilted prose that stunted past efforts, these men have translated Aurelius as if he were writing in English rather than in Greek. A must read for business leaders. This is a fantastic achievement." — Steve Forbes

"The Emperor's Meditations is a work I disliked for its flaccid piety and self-concern from the time I read it years ago. But a look for curiosity's sake into this new translation has led me to read it all with genuine pleasure. The philosophical observations are the same but the tone is manly and there is a subtle and agreeable variety as the subject changes from self to the world and to the gods." — Jacques Barzun, author of From Dawn to Decadence

"The Emperor's Handbook is a particularly eloquent presentation of the classic work of Marcus Aurelius. It is essential reading for anyone who seeks the good life through virtue." — Ted Forstmann, Senior Founding Partner, Forstmann Little & Co.

"Generations of students labored to appreciate Meditations as much as they knew they were supposed to. This lively and lucid translation should, for generations to come, turn duty into delight." — (The Rev.) Richard John Neuhaus, Editor-in-Chief of First Things

"For once, Marcus doesn't sound like a Sunday school teacher but like a happy, thoughtful man under the enormous pressure of ruling an empire and fighting a war." — Bernard Knox, Director Emeritus of the Centre for Hellenic Studies

"David and Scot Hicks have endowed serious readers with a marvelous new translation of a text that still challenges any society that hopes to understand what it means to be civilized." — Kenneth L. Woodward, author of The Book of Miracles

"Back to back I've just read Jack Welch's autobiography and the Hicks brothers translation of Marcus Aurelius's Commentaries. As my leader, I'd pick Aurelius hands down." — Stephen D. Potts, Former Director of the U. S. Office of Ethics

"All of us today would do well to take counsel from Marcus Aurelius. His pithy aphorisms lay out a philosophy of individual responsibility that should be of great value to each of us, whether in leading fulfilling lives, managing corporations, or leading countries." — Admiral Stansfield Turner, Former Director of the CIA

"[Aurelius] may well have been the most powerful man in the history of the world.... A splendid new translation.... Scot and David Hicks urge us to use the emperor's words the same way he did: as ethical reminders and spiritual exercises. Marcus and his newest translators are interested less in the profound than in the pragmatic, the spiritually, psychologically, and ethically useful. The Emperor's Handbook is balm for hurt minds and a brace for wavering convictions. It is philosophy as 'cleansing ointment and clean bandages.'... The volume to keep by your bedside.... The Hickses and their publisher have given us a quintessentially American self-help book.... The translation is not only responsible and intelligent, it is memorable, quotable, vigorous. The Emperor's Handbook presents us with a Marcus Aurelius for our time. And do we ever need him." — Richmond Times Dispatch