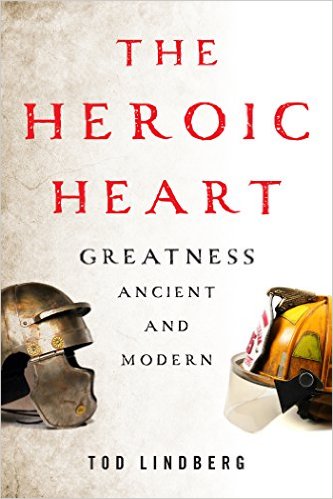 What does it mean to be a hero? In The Heroic Heart, Tod Lindberg traces the quality of heroic greatness from its most distant origin in human prehistory to the present day.

The designation of “hero” once conjured mainly the prowess of conquerors and kings slaying their enemies on the battlefield. Heroes in the modern world come in many varieties, from teachers and mentors making a lasting impression on others by giving of themselves, to firefighters no less willing than their ancient counterparts to risk life and limb. They don’t do so to assert a claim of superiority over others, however. Rather, the modern heroic heart acts to serve others and save others. The spirit of modern heroism is generosity, what Lindberg calls “the caring will,” a primal human trait that has flourished alongside the spread of freedom and equality.

Through its intimate portraits of historical and literary figures and its subtle depiction of the most difficult problems of politics, The Heroic Heart offers a startlingly original account of the passage from the ancient to the modern world and the part the heroic type has played in it. Lindberg deftly combines social criticism and moral philosophy in a work that aspires to the rank of such classics as Thomas Carlyle’s On Heroes, Hero-Worship and the Heroic in History and Joseph Campbell’s The Hero with a Thousand Faces.

"Tracing how the meaning of heroes and heroism has changed throughout Western civilization's development, Tod Lindberg’s new book illuminates how the evolution of those concepts relates to the spread of democracy, freedom and equality—and how old notions remain perilous today…. His book spans civilization's arc, from the ancient Sumerians, Greeks and Romans to the present day." — Alan Wallace, Pittsburgh Tribune-Review

"[A] thought-provoking reflection on the nature of heroism through the ages…. This book is clearly the product of many years of deep thinking and reading on the subject of heroism." — Andrew Roberts, Commentary