The Jungle Grows Back

America and Our Imperiled World 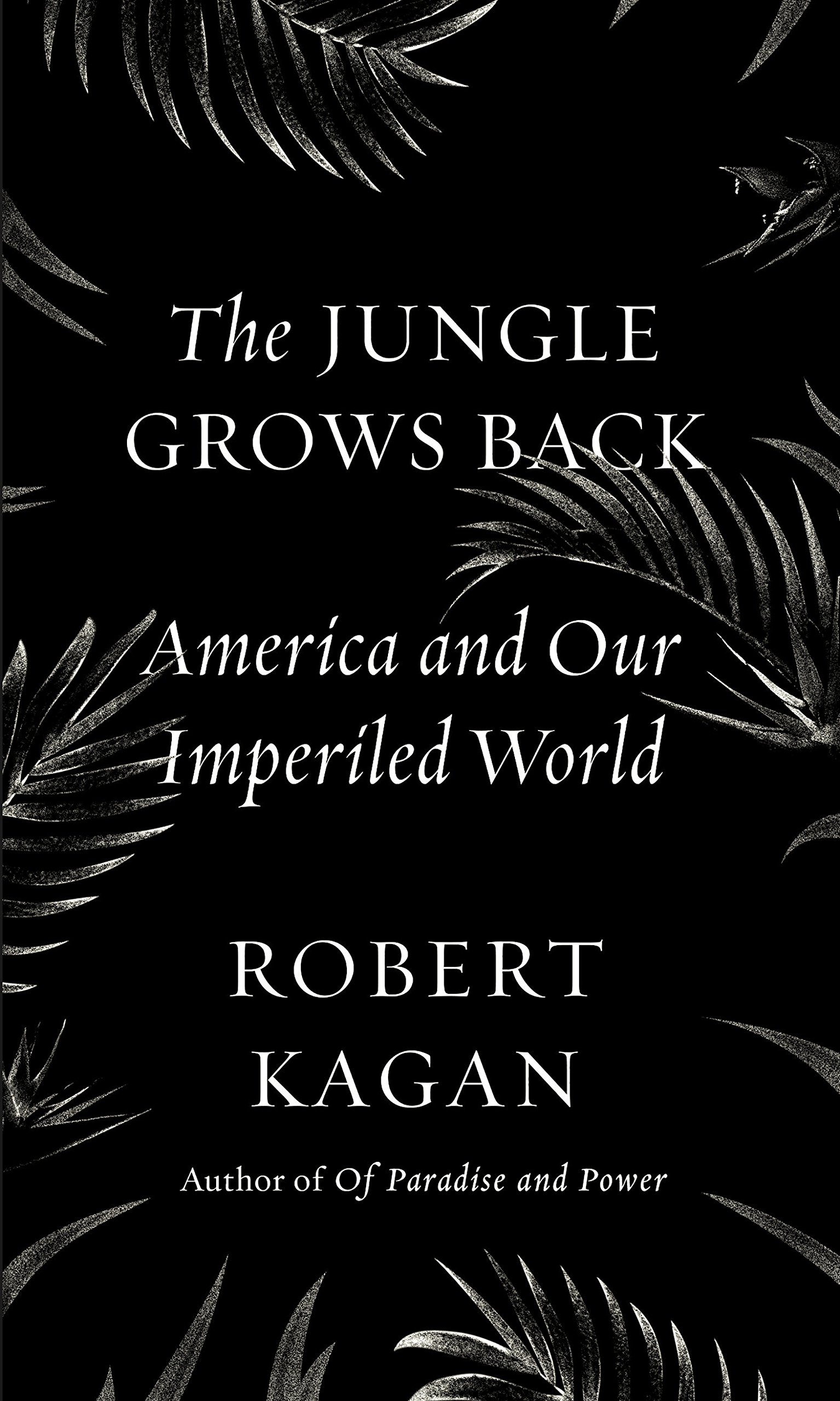 Recent years have brought deeply disturbing developments around the globe. American sentiment seems to be leaning increasingly toward withdrawal in the face of such disarray. In this powerful, urgent essay, Robert Kagan elucidates the reasons why American withdrawal would be the worst possible response, based as it is on a fundamental and dangerous misreading of the world. Like a jungle that keeps growing back after being cut down, the world has always been full of dangerous actors who, left unchecked, possess the desire and ability to make things worse. Kagan makes clear how the “realist” impulse to recognize our limitations and focus on our failures misunderstands the essential role America has played for decades in keeping the world’s worst instability in check. A true realism, he argues, is based on the understanding that the historical norm has always been toward chaos–that the jungle will grow back, if we let it.

"He sets out his case with characteristic brilliance and conviction." — The Economist

"Washington Post columnist and Brookings Institution senior fellow Kagan, who served in the State Department during the 1980s, sees the United States in retreat from its responsibility at a time when its leadership is needed most. 'If Obama’s policies put a dent in the liberal world order, Trump’s statements and actions have been driving a stake through it,' he writes. 'For if the United States cannot be relied upon to provide the secure environment in which members of the liberal world order can flourish, and if in addition it is going to be jealous and spiteful and demand "wins" when they do flourish, then the United States starts to look more like a rogue superpower than a nation defending any order of any kind.' The 20th century elevated America into a unique position through a combination of the country’s ideals and power and geography; to abdicate that position, argues Kagan, would be to fall from 'a relative paradise' into a natural disorder of darkness and chaos. In the wake of Vietnam and Iraq, both of which the author sees as strategically sound if unfortunate in outcome, America is less likely to see its responsibilities extend beyond its borders. If America pulls back, Russia, Japan, China, Germany, or another nation might rush to fill that vacuum. Peace isn’t a given, and neither is democracy; they must be guarded and defended. Kagan’s argument should appeal to unrepentant Cold Warriors and to others who believe that might makes right where America’s place in the world is concerned. Yet the metaphor for the title is unfortunate, implying (more strongly than the text does) that without the primacy of developed nations, the hordes of barbarians will infest the planet with their jungle ways. A provocative argument that runs counter to popular sentiment and conventional wisdom." — Kirkus Reviews

"He has in many ways become the biographer of American power.... He brings to the page a true sense of the stakes involved—not some abstract notion of the 'rules-based order,' but the basic security and prosperity of Americans." — Commentary

"Kagan, senior fellow at the Brookings Institution, argues against the United States’ recent retreat from its global responsibilities in this brief, engaging call to arms. For Kagan, this retreat reflects a fundamental error: Americans believe that the 'liberal world order'—peace throughout Europe, economic rather than military competition between nations, democracy as the rule rather than the exception—is the product of natural human evolution, when in fact it follows from decades of purposeful American effort, struggling against the grain of 'both history and human nature.' Since WWII, he argues, the United States has used its power to guarantee security, cultivate prosperity, and encourage democracy in ever-growing portions of the globe. But this is an unceasing and exhausting task, and Americans of all political stripes have come to doubt its necessity, he writes. For Kagan, it is therefore all the more important to reinforce America’s commitment to 'ideals of freedom and cosmopolitanism' around the world, as well as to recover the 'will and determination' to prevent others from tearing down what has been so painstakingly built. The alternative, says Kagan, is to allow the 'jungle' of international chaos to overgrow a leaderless world and 'engulf us all.' Whether readers agree with his conclusions or not, they will find his argument accessible and well-constructed." — Publishers Weekly