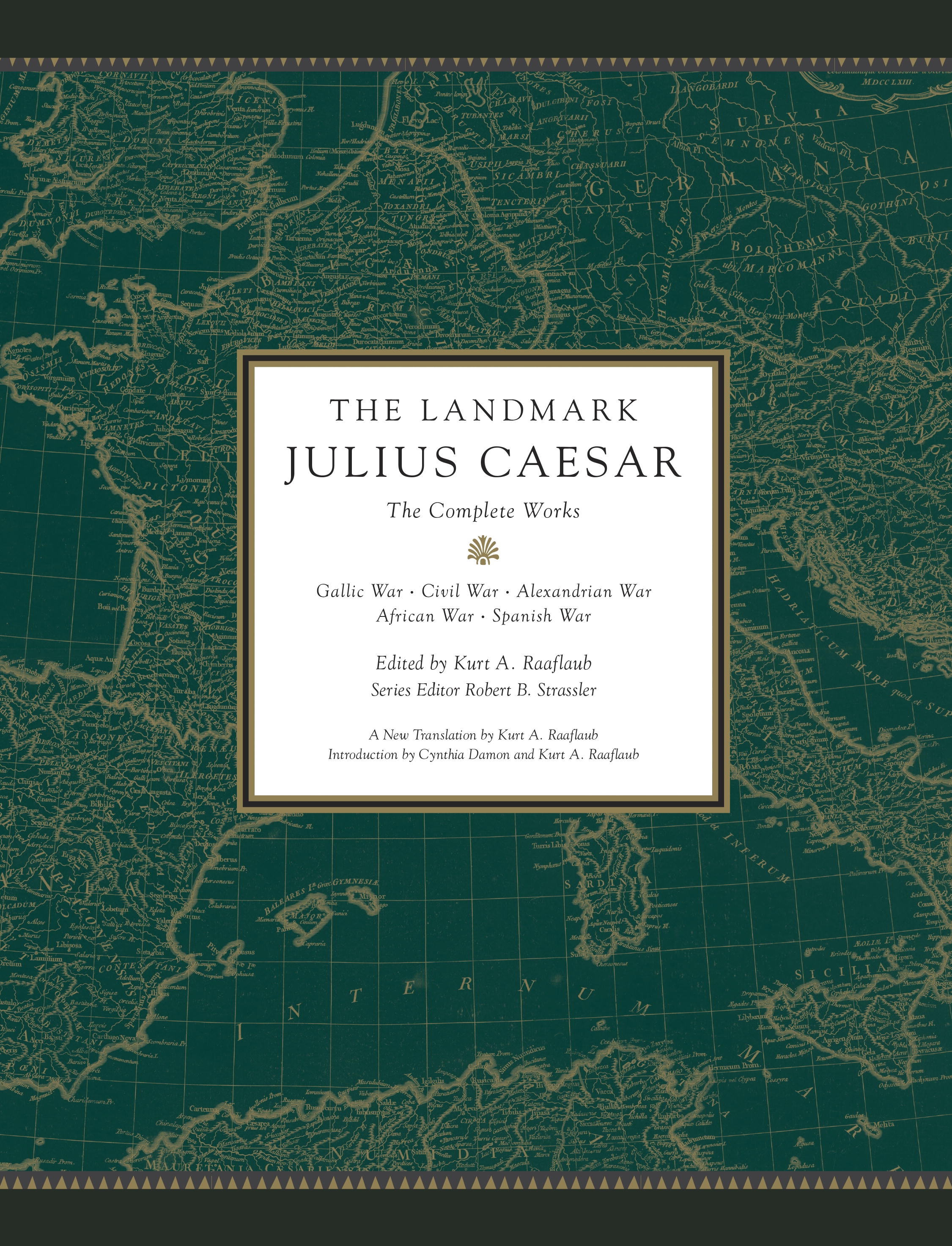 “A magnificent new English-language rendition. A superb addition to a superb series.”

The Landmark Julius Caesar is the definitive edition of the five works that chronicle the mil­itary campaigns of Julius Caesar. Together, these five narratives present a comprehensive picture of military and political developments leading to the collapse of the Roman republic and the advent of the Roman Empire.

The Gallic War is Caesar’s own account of his two invasions of Britain and of conquering most of what is today France, Belgium, and Switzerland. The Civil War describes the conflict in the following year, which, after the death of his chief rival, Pompey, and the defeat of Pompey’s heirs and supporters, resulted in Caesar’s emergence as the sole power in Rome. Accompanying Caesar’s own commentaries are three short but essential additional works, known to us as the Alexandrian War, the African War, and the Spanish War. These were written by three unknown authors who were clearly eyewitnesses and probably Roman officers.

Caesar’s clear and direct prose provides a riveting depiction of ancient warfare and, not incidentally, a persuasive portrait for the Roman people (and for us) of Caesar himself as a brilliant, moderate, and effec­tive leader—an image that was key to his final success.

The masterful translation by Kurt A. Raaflaub—professor emeritus of classics and history at Brown University and former co-director of the Center for Hellenic Studies in Washington, D.C.—skillfully brings out the clarity and elegance of Caesar’s style. Together with such Landmark features as maps, detailed annotations, appendices, and illustrations, this new translation will provide every reader with a rewarding and enjoyable experience.

"The goal of Robert B Strassler’s "Landmark Ancient Histories" series has been twofold and fairly simple since it started a decade ago with The Landmark Thucydides: create scholarly popular editions that are not only figuratively landmarks, drawing together important contributions from classicists, but also literally landmarks, since the series’ signature feature is the extensive collection of maps in every volume. Many classical authors were travellers as well; by land and sea they saw great swathes of their world, and their books reflect that. Scarcely anywhere in the classical canon is this more true than in the case of Julius Caesar, who travelled over the Roman world in both war and peace, and who had accounts of virtually all of those travels ghostwritten in great detail. The accounts were created in order to massage public opinion in Caesar’s favour, and it’s the good fortune of posterity that they survive to give invaluable glimpses into the workings of one of the most pivotal individuals in the ancient world. Those accounts—the Gallic War, the Civil War, the Alexandrian War, the African War, and the Spanish War—comprise the glorious new entry in Strassler’s series, The Landmark Julius Caesar, an oversized 800-page volume featuring the usual panoply of illustrations, diagrams and detailed maps, and also featuring a translation and copious new notes by Brown University classics professor emeritus Kurt A Raaflaub. Despite the stellar visuals throughout the book, Raaflaub’s translation is its standout feature…. That crucial role—and the controversial career leading up to it—receive a unique chronicle in the series of books that have come down to us under Caesar’s name, and this mini-library of accounts now has a magnificent new English-language rendition. The Landmark Julius Caesar is a superb addition to a superb series." — Steve Donoghue, The National  (Read the full review)

"This big, beautiful doorstopper of a book for history fans is the definitive single-volume edition of Julius Caesar’s complete works, which means Latin lovers can read Caesar’s Gallic War and Civil War in one place, if not in one sitting. It’s all here: a new translation, detailed maps, annotations, images, beautiful endpapers, and ancillary materials from classical scholars." — Kirkus Reviews

"A lavishly annotated and illustrated new English edition of Caesar’s corpus (including two anonymous texts that focus on Caesar’s later campaigns and imitate him in style), translated by Kurt Raaflaub and published in the esteemed Landmark series, positions his prose as material for an elegant intellectual coffee-table book.... Since the mid-twentieth century, the text has also been recognized by historians as a mix of imperialist ethnography and canny political propaganda." — Caroline Wazer, Lapham's Quarterly