A True Story of Crime, Scandal, and Trial by Combat in Medieval France 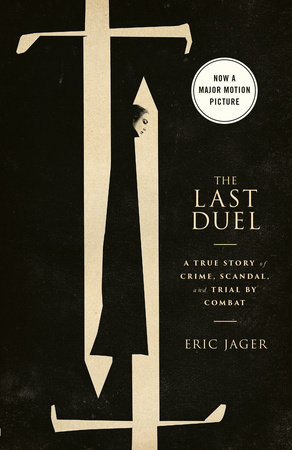 "The audience chuckled nervously, and they were right to react that way. This bit sums up the identity crisis at the heart of not only the Oscars but big-screen entertainment itself. Once upon a time, a movie such as The Last Duel would have been both a legitimate awards-season contender and potentially a big hit with audiences. It has huge stars (Matt Damon and Ben Affleck) and younger audience favorites (Adam Driver and Jodie Comer). It has big action set pieces that play well on a huge screen. The titular duel, which two of the main characters fight to resolve a rape allegation by the third, is one of the most-rousing, stomach-churning sequences in recent memory. The film’s treatment of sexual violence is topical, but not exactly predictable. And it has a pedigree, Scott having earned box office and Oscar gold with the similar “Gladiator” while Damon and Affleck reteamed for their first screenplay since the Oscar-winning “Good Will Hunting.” But, as Ross Douthat noted in a long essay for the New York Times last week, The Last Duel is the sort of movie that has fallen out of favor with audiences as movies recede from the national conversation. “Much of what the movies did in American culture, even 20 years ago, is essentially unimaginable today,” Douthat writes. “There’s no way for a few hit movies to supply a cultural lingua franca, given the sheer range of entertainment options and the repetitive and derivative nature of the movies that draw the largest audiences.” Something big and original and mildly challenging such as The Last Duel has no place in a multiplex dominated by superheroes and other intellectual-property-driven tentpole franchises. Covid-19 may have accelerated these changes, but the combination of ballooning budgets and the reliance on foreign markets to recoup said budgets meant that movies such as The Last Duel were on borrowed time anyway. The problem is that the movie business doesn’t have any idea what’s going to replace movies such as The Last Duel either at the box office or in the awards ecosystem.... And while I may have taken great pleasure in seeing the wonderful Zack Snyder dominate the fan favorite categories instituted in a panicked effort to recapture fleeing audiences, the rushed and hushed announcement of those wins was indicative of the show writ large. It was a mess, grasping for relevance with general audiences, and annoyingly contemptuous of cinematic art even before the slap happened. So, no: The Last Duel wasn’t seen by very many people. But those given the task of guiding Hollywood’s most important night should be lamenting that fact, not shoveling dirt on their own graves." — Sonny Bunch, The Washington Post  (Read the full review)

"An accusation of rape in 1386 occasions this high-suspense account of a duel to the death sanctioned by the French Parlement and King Charles VI — and attended by thousands of eager spectators. Jager spins a complicated and sanguinary tale with the skill of an accomplished thriller author. The story involves two squires, once fast friends, who were gradually estranged as one, Jacques LeGris, rose in favor with the king and their local count while the other, Jean de Carrouges, fell. Jager ably illuminates Carrouges's jealous, irascible temperament and LeGris's superior political skills. Carrouges lost his wife and son to illness, married the much younger, very beautiful, and wealthy Marguerite de Thibouville, and eventually earned his knighthood in service of the king. But after Carrouges returned from a long absence, Marguerite told him that one day, when she was virtually unattended, LeGris arrived with a friend to offer his sexual services; when she refused, she claimed, he brutally raped her. Carrouges immediately looked for legal redress and initiated the process that eventually led to trial by combat before a silent crowd. (Silence was customary, and both participants and onlookers believed that God would allow the truthful combatant to prevail.) Jager knows his territory well; we learn a good deal about medieval armor and weaponry, fashion and custom, the legal system and sexual ideas, court politics and religion. His skillful prose quickly ensnares readers in the web of the characters' invention, allowing no escape until very near the end. By the time the combat begins, halfway through the text, the tension is nearly unendurable. Who will win? Carrouges stood to lose more than his life: defeat would automatically consign his wife to the flames as a perjurer. Sex, savagery, and high-level political maneuvers energize a splendid piece of popular history." — Kirkus Reviews (starred review)

"On Saturday, December 29, 1386, two men faced on another across a large enclosed field behind a Parisian monastery. Watched by the French king and thousands of his subjects, they were to fight with lance, axe, sword and dagger until one killed the other. The aim of the duel was to establish which man was telling the truth. The down-at-heel knight Jean de Carrouges had accused the wealthy squire Jacques Le Gris of raping his wife, a charge the squire denied. Just to add extra spice to the confrontation, if de Carrouges lost, his wife's life would be forfeit, too. She would be burnt alive. Jager's book succeeds brilliantly in combining page-turning intensity — the reader wants very much to know who wins — with eye-opening insights into the bizarre ritual of judicial combat in the Middle Ages." — The Times (London)

"Jager deftly blends this story with the background necessary to understand it: the ideas behind trial by combat, the realities of 14th-century marriage, the complexity of the regional and central powers in France, and the personal rivalries at court. Jager describes a harsh and violent era, when public executions were a form of entertainment and both commoners and elites eagerly anticipated the increasingly rare duel to the death. But it was also a time of lawyers, chroniclers and ceremony. Jager doesn't condescend to the people of medieval France but explains the complicated logic by which they could believe that a duel would prove guilt or innocence, pregnancy could be considered proof that sex had been consensual, and a lady could be convicted and executed as a false accuser if her champion lost. A brief history of the duel demonstrates its origins in age-old military tradition rather than divine providence. Jager acknowledges where the definitive facts of his story are unknown while presenting a riveting account that will satisfy general readers and historians alike." — Publishers Weekly

"Breathes astonishing vigor, realism and a remarkable modernity into a celebrated trial by combat.... A taut page-turner with all the hallmarks of a good historical thriller: superb pacing, plot twists, dramatic tension and a fully fleshed cast of characters. Most impressive in The Last Duel's depiction of a scandal that was endlessly debated all over medieval France is our realization that although history hurls us forward in perpetual change, human nature remains relatively untouched by time.... The nail-biting narration of the duel itself and its tragic aftermath sets in motion the outlawing of judicial duels, one death-knell in the demise of the feudal world that allowed the highest degree of civility to coexist with the coldest cruelties. Jager's spectacularly rendered portrait of the end of an era desperately in need of approaching Renaissance is not a glimpse into the past but an enriching total immersion." — Orlando Sentinel

"Jager provides an excellent depiction of feudal society, placing the reader into the lives of knights and nobles, detailing their relationships to each other and to their lords.... The story of the duel and of the rivalry leading up to it make for quick reading as enthralling and engrossing as any about a high-profile celebrity scandal today." — Booklist

"A vivid re-creation of 'the last judicial duel sanctioned by the Parlement of Paris' and a painstakingly documented picture of courtly love, pride, dishonor, and judgment in 14th-century France." — Library Journal

"In medieval France, just as in modern America, suing and being sued was a favorite pastime. Then as now, property was the main bone of contention but in Eric Jager's THE LAST DUEL, sex, violence, and warm friendship turned to bitter hatred are the motivations behind one of history's most engrossing thrillers where the outcome of the case was decided not by judge and jury but by judicial combat to the death.... THE LAST DUEL is popular history at its very best. Thanks to the skillful recreation and meticulous research by author Eric Jager, in a story told here for the first time, medieval men and women come alive in scenes straight from today's tabloid headlines — and thensome. Jager manages to encapsulate the complex world of 14th century France into a manageable backdrop for staging the heart of the story, a human drama made all the more thrilling for the fact that it is truth, not fiction." — The Advocate

"One of the year's most intriguing histories." — Santa Cruz Sentinel

"All the ingredients for a historical novel.... Members of the nobility enmeshed in a quagmire of hearsay and accusations.... Sex, violence, political scheming that went to the highest levels.... Jager tells [the story] simply, yet with eloquence and some verve." — Wichita Falls Times Record News

"This is the best book about a single historical duel I've yet read.... Complete with all the assorted social intrigue, gossip, and politics it flows like a good thriller novel. The reader must resist the temptation to skip ahead and see how it ends and instead let the tension build. It definitely pays off at the end. For once a historian also manages to get it right when it comes to descriptions of the arms and armor as well as the combat itself. In this regard, Jager, a Professor of English at UCLA, is refreshing in the respect and attention he pays to these elements, refusing to gloss over them in favor of less martial aspects.... A readable and suspenseful work." — ARMA: The Association for Renaissance Martial Arts

"If you read only one book about the Middle Ages, Eric Jager's thriller is the one to read." — Steven Ozment, author of The Bürgermeisters Daughter

"Eric Jager uses the historical record to marvelous effect when recounting the riveting story of two men locked in mortal combat, a squire and a knight, from Normandy, a region steeped for centuries in violence and political intrigue. With a masterful hand, he recreates with psychological elegance the mentalities of two very different men — one a social climber from humble origins who rose in the social and political ranks through his cleverness and political ambition to become a court favorite and squire and the other a land-holding knight of the Norman aristocracy, impolitic and contentious, attracted to war and adventure. Two worlds duel in this fascinating portrait of an end of an age — the feudal aristocracy and the chivalric court — and who we deem the true victor is brilliantly left open to interpretation in Jager's engrossing tale." — Margaret F. Rosenthal, author of The Honest Courtesan

"An enthralling story that reads like fiction but is based on reliable sources. A world of passion, cruelty, and mismanaged law." — Norman Cantor, author of Inventing the Middle Ages