The Law of the Land

A Grand Tour of Our Constitutional Republic 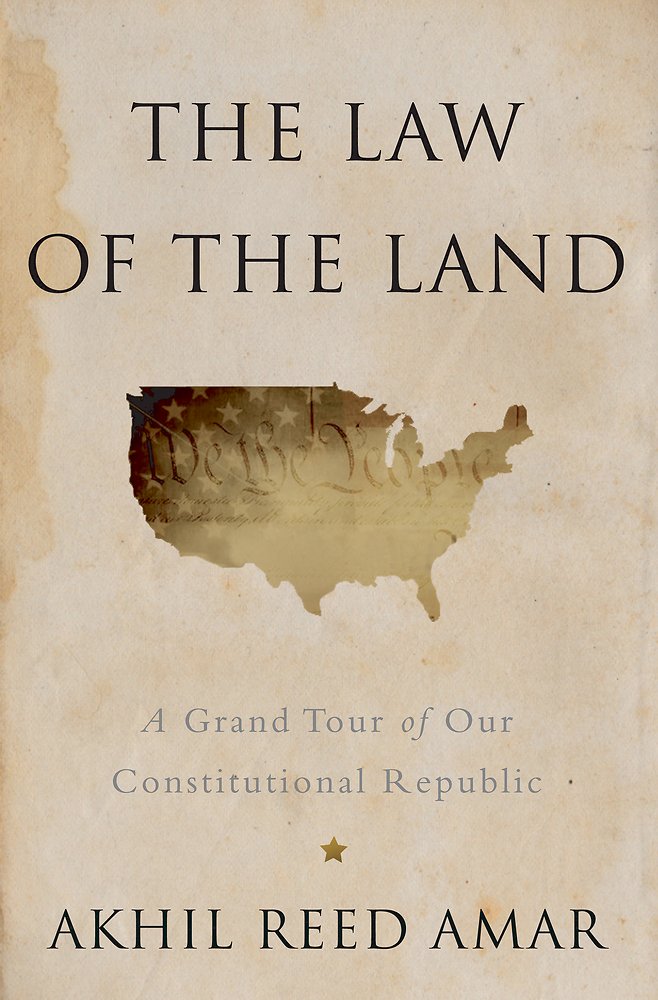 From Kennebunkport to Kauai, from the Rio Grande to the Northern Rockies, ours is a vast republic. While we may be united under one Constitution, separate and distinct states remain, each with its own constitution and culture. Geographic idiosyncrasies add more than just local character. Regional understandings of law and justice have shaped and reshaped our nation throughout history. America’s Constitution, our founding and unifying document, looks slightly different in California than it does in Kansas.

In The Law of the Land, renowned legal scholar Akhil Reed Amar illustrates how geography, federalism, and regionalism have influenced some of the biggest questions in American constitutional law. Writing about Illinois, “the land of Lincoln,” Amar shows how our sixteenth president’s ideas about secession were influenced by his Midwestern upbringing and outlook. All of today’s Supreme Court justices, Amar notes, learned their law in the Northeast, and New Yorkers of various sorts dominate the judiciary as never before. The curious Bush v. Gore decision, Amar insists, must be assessed with careful attention to Florida law and the Florida Constitution. The second amendment appears in a particularly interesting light, he argues, when viewed from the perspective of Rocky Mountain cowboys and cowgirls.

Propelled by Amar’s distinctively smart, lucid, and engaging prose, these essays allow general readers to see the historical roots of, and contemporary solutions to, many important constitutional questions. The Law of the Land illuminates our nation’s history and politics, and shows how America’s various local parts fit together to form a grand federal framework.

"Profound in its insights about the United States Constitution….The book is filled with fascinating and important discussions of constitutional issues including state secession, the First Amendment and student speech, the Second Amendment and the right to bear arms, and the exclusionary rule as a remedy for Fourth Amendment violations. He discusses in detail how the composition of the Supreme Court has changed over time and provides a compelling account of Anthony Kennedy’s role on the current Court. Amar’s analysis is consistently original, and I learned a great deal from his clearly written discussion of these issues…. Every chapter is filled with interesting and important analyses of these topics…. Amar has written a fascinating book on constitutional history. I learned a great deal from it, as I believe will every reader. The underlying issues—the proper role of the states in the national government, the appropriate way to interpret the Constitution—will be argued over as long as the United States exists. Amar’s new book has a great deal to say on these topics and is definitely worth reading." — Erwin Chemerinsky, Los Angeles Review of Books

"Akhil Reed Amar holds a distinctive position in the world of constitutional scholarship. For many years he has been called the leading ‘liberal originalist.’ The tag rests on the strength of his historical analysis of the U.S. Constitution. That analysis is formidable—among his many achievements…. His love for the Constitution—the language of the document, its global significance, its implications for advancing a free and democratic society—is deep and infectious…. The Law of the Land: A Grand Tour of Our Constitutional Republic, reflects both his devotion and his creativity. The essays here are civic lessons, artfully blending the conventional with the controversial. The prose is graceful and enlivened by an easy sense of humor…. We can all learn from following him on his travels across the continent." — Keith E. Whittington, The Wall Street Journal

"In the era of blue states and red states, it is a challenge to develop new theories about the governance of our country. In The Law of the Land, Yale Law School professor Akhil Reed Amar has done just that by examining a range of issues involving the Constitution and the Supreme Court through the lens of geographical differences.... Amar is one of the leading constitutional scholars in the country and an extremely creative thinker. The book is at its best when he explores some of his own elegant constitutionalism to explain the work of justices or insights about the Constitution." — Stephen Wermiel, The Washington Post

"The author combines a thorough knowledge of the subject and an interesting premise with straightforward, sometimes humorous prose to create a book that entertains and educates." — Library Journal

"In the third volume of a series that assesses the Constitution from varying perspectives, a law professor approaches the document geographically, examining it through the prism of the states. Constitutional law, as Amar reminds us, is not merely the province of scholars and judges, but rather 'a game that many can play…if they are smart and serious.' The geographical angle is itself a kind of game that, while not wholly successful, has the virtue of reminding us how much of our constitutional law is shaped by our federalism. Using 12 states from all regions of the country, Amar tells individual constitutional stories; all hold national implications, but each one is distinctively imprinted by the characteristics of a place or region. He deals first with personalities, influential constitutional decision-makers whose roots powerfully affected their thoughts on the nature of the Union (Illinois’ Lincoln), the applicability of the Bill of Rights to the states (Alabama’s Hugo Black) and the limits of presidential power (New York’s Robert Jackson). The author then turns to signal cases—e.g., Brown v. Board of Education, Tinker v. Des Moines and Bush v. Gore—where the histories of the states from which each arose have inflected our understanding of civil rights, free speech and presidential selection. Finally, Amar concludes with a discussion of some constitutional principles and provisions: presidential succession (Ohio and Texas), gun rights (Wyoming), search and seizure (Massachusetts), and federalism (New Jersey). Even those disinclined to accept his thesis of geographic determinism will delight in his smooth prose, his frank confessions of bias, his frequently sharp insights and the many sparkling nuggets he scatters throughout, whether about the location of the only national park site named after a Supreme Court case or how Camden, New Jersey, got its name. A provocative, consistently interesting take on our constitutional history." — Kirkus Reviews

"Geography takes center stage in this deep dive into U.S. constitutional jurisprudence.… This ambitious treatise shows how landmarks in American constitutional history can be viewed as products of topography…. The payoff for tackling the denser passages is a deeper understanding of topics rarely discussed in the detail they deserve…. He amply proves that the varied American landscape provides an illuminating lens with which to view our legal system's fundamental tenets." — Publishers Weekly