The Mysterious Romance of Murder

Crime, Detection, and the Spirit of Noir 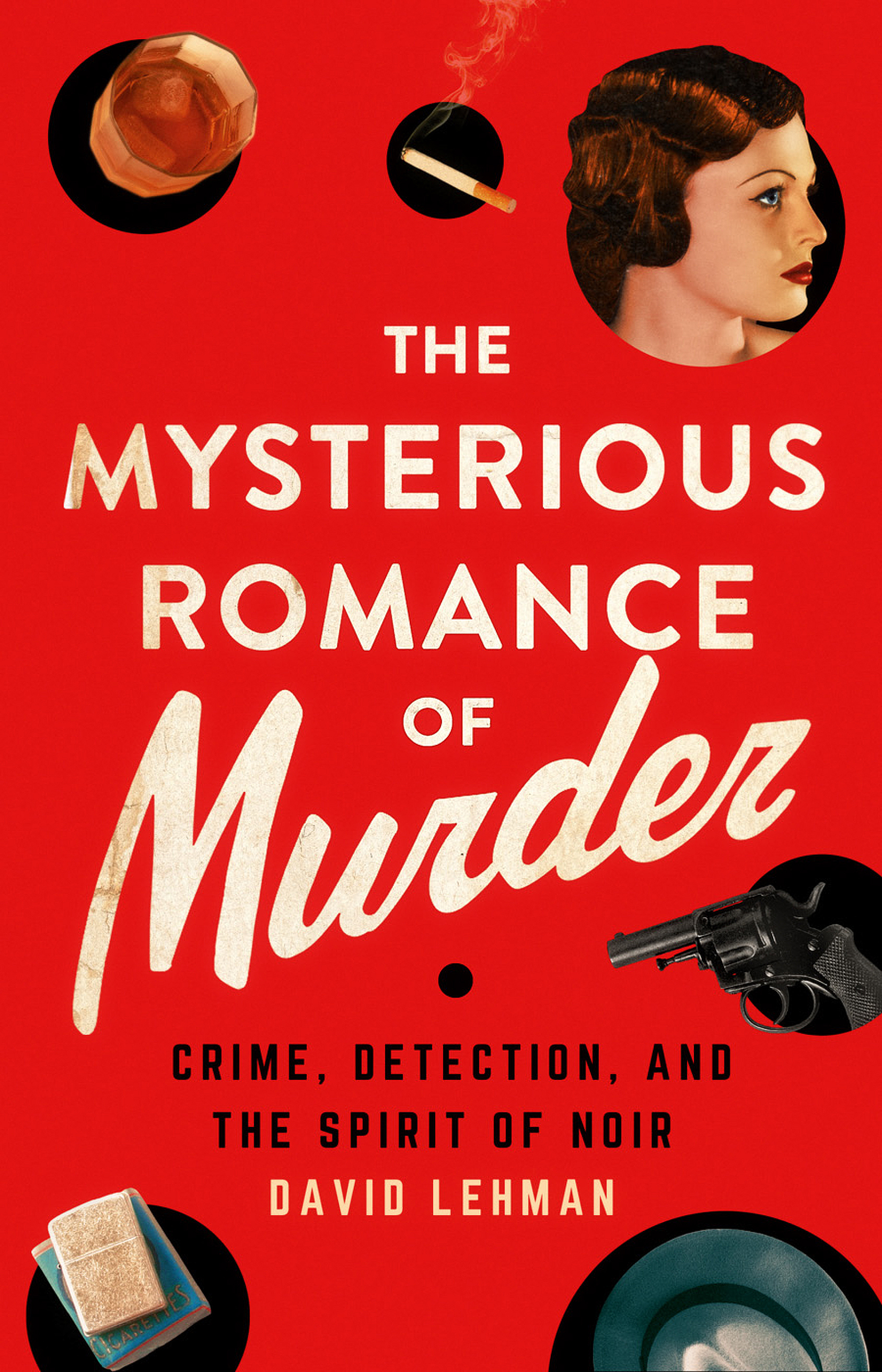 From Sherlock Holmes to Sam Spade, Nick and Nora Charles to Nero Wolfe and Archie Goodwin, Harry Lime to Gilda, Madeleine Elster, and other femmes fatales,—crime and crime-solving in fiction and film captivate us. Why do we keep going back to Agatha Christie's ingenious puzzles and Raymond Chandler's hard-boiled murder mysteries? What do spy thrillers teach us and what accounts for the renewed popularity of morally ambiguous noirs? In The Mysterious Romance of Murder, the poet and critic David Lehman explores a wide variety of outstanding books and movies—some famous (The Maltese Falcon, Double Indemnity), some known mainly to aficionados—with style, wit, and passion.

Lehman revisits the smoke-filled jazz clubs from the classic noir films of the 1940s, the iconic set pieces that defined Hitchcock's America, the interwar intrigue of Eric Ambler's best fictions, and the intensity of attraction between Humphrey Bogart and Lauren Bacall, Robert Mitchum and Jane Greer, Cary Grant and Ingrid Bergman. He also considers the evocative elements of noir—cigarettes, cocktails, wisecracks, and jazz standards—and includes five original noir poems (including a pantoum inspired by the 1944 film, Laura) and ironic astrological profiles of Barbara Stanwyck, Marlene Dietrich, and Graham Greene. Written by a connoisseur with an uncanny feel for the language and mood of mystery, espionage, and noir, The Mysterious Romance of Murder will delight fans of the genre and newcomers alike.

"The book is, essentially, a love letter to the items in its subtitle: ‘Crime, detection, and the spirit of noir.’...The real originality of this book lies less in its critical comments than in its creativity. Lehman, who is also a poet, includes poems, his own and others’, inspired by or imitating noir.... As if conversing with another aficionado, he compares favourite actors and moments, repeats favourite wisecracks and tries to recreate the pleasure of the initial experience. In his casual way he also sparks ideas.... Most readers will, like me, know fewer than half of the books and films discussed here, and will want to hunt down the ones that sound most interesting.... How often does a critical book actually make one want to read the books it discusses?" — Lois Potter, The Times Literary Supplement  (Read the full review)

"David Lehman’s The Mysterious Romance of Murder surveys "crime, detection, and the Spirit of Noir" in fiction, film, poetry and music. As one might expect from this distinguished poet and versatile man of letters, his sprightly new book isn’t just deeply knowledgeable, it’s also a lot of fun." — Michael Dirda, The Washington Post

"Do yourself a favor and follow David Lehman's lead on this idiosyncratic tour through the noir ethos in literature, poetry, music, and film. He's an erudite, insightful, and amusing tour guide, whether you're new to the terrain or a habitué." — Eddie Muller, Host of TCM's "Noir Alley" and author of Dark City: The Lost World of Film Noir

"Books or films? Until now, travelers to the Land of Noir have tended to confine themselves to one province or the other, whereas veteran explorer David Lehman has mastered the language of both territories. His field report slides back and forth between page and screen with joyful confidence, offering sharp insights throughout and giving us not only the full picture but the full story as well. I am especially grateful to him for his delightful remarks on the importance of cigarettes, music, and wisecracks in these classic films which only seem to get better as the years go on." — Paul Auster, Author of "The New York Trilogy"

"This is a masterwork in which David Lehman's encyclopedic knowledge of film, literature, and cultural history are synthesized by way of lively exegesis, quotes, poems (his own), catalogs, mini-biographies, and eclectic, brilliantly illuminated byways, both classical and pulp. His vivid, chromatic style is what one expects from a poet and critic of Lehman's stature. The Mysterious Romance of Murder must take a prominent place, stylistically and critically, alongside Luc Sante's Low Life, Julian Symons's Bloody Murder, and Cyril Connolly's The Unquiet Grave. Like the very best mysteries—of the heart and the intellect—you can't put it down." — Nicholas Christopher, Author of Somewhere in the Night