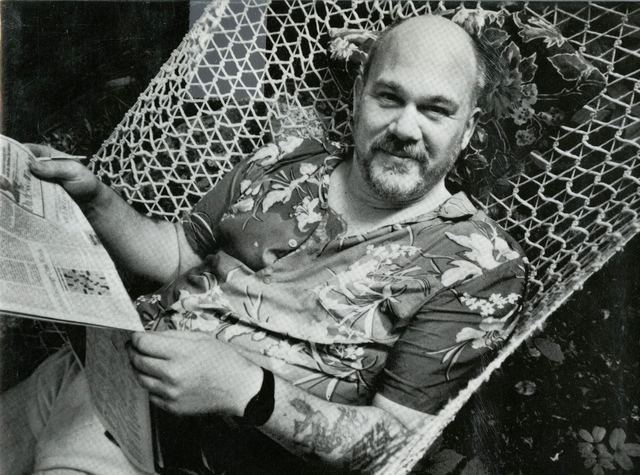 Tom Disch (1940-2008) was a novelist, poet, critic, playwright, and author of short stories and children’s books. He published more than ten novels, including The Genocides, Camp Concentration, and 334. His novel On Wings of Song won the John W. Campbell Memorial Award. Two of his children’s books, The Brave Little Toaster and The Brave Little Toaster Goes to Mars, were turned into Disney full-length feature cartoon dramas. His critical history, The Dreams Our Stuff Is Made Of: How Science Fiction Conquered the World won the 1999 Hugo Award and 1999 Locus Prize, and his collection of essays, The Castle of Indolence: On Poetry, Poets, and Poetasters was a finalist for a National Book Critics Circle Award. His articles and essays were published widely, and he was a radio commentator for WNYC as well as a theatre critic for The Nation and the New York Daily News. Summing up some of his accomplishments, the American Academy of Arts and Letters in a Special Award said, "Novelist, poet, and critic, he has become a most significant literary presence."—American Academy of Arts and Letters Award, 1999

“If contemporary American letters has been lucky enough to find an answer to Borges and Garcia Márquez, to Carlos Fuentes and Günter Grass, it is from Thomas M. Disch. The danger in commenting on Disch is that one loses all sense of reserve; sensible praise is too weak; he commands superlatives. Today no intelligent person dares call him/herself well-read without a thorough grounding in Disch’s startlingly original work.”—Harlan Ellison

“Thomas Disch has been writing wonderful tales of imagination for years now—stories that sometimes amuse, sometimes sting, sometimes horrify, and sometimes manage to do all three at the same time.”—Stephen King

"One of the most remarkably talented writers around."—Washington Post Book World

“Because of his intellectual audacity, the chillingly distanced mannerism of his narrative art, the austerity of the pleasures he affords, and the fine cruelty of his wit, Disch was perhaps the most respected, least trusted, most envied and least read of all modern sf writers of the first rank.”—John Clute, Science Fiction Encyclopedia

"There is hardly a narrative form Disch has not tried, stretched, and reshaped."—John Crowley, The New York Times Book Review

"When it comes to Thomas Disch, label makers scratch their heads.... This literary chameleon redefined science fiction with novels that have been compared to the best from Orwell to Huxley, wrote bestselling children's books about talking kitchen appliances, earned censure from the Catholic Church for an off-Broadway play, published light verse, twisted the pulp conventions of gothic fiction, experimented with interactive software, and demolished the American poetry establishment, UFO cults and other sacred cows in brilliant critical essays."—Minneapolis Star-Tribune

THE CASTLE OF PERSEVERANCE: Job Opportunities in Contemporary Poetry (University of Michigan Press, 2002)

THE DREAMS OUR STUFF IS MADE OF: How Science Fiction Conquered the World (The Free Press, 1998)

A CHILD'S GARDEN OF GRAMMAR (with David Morice View Bio)