The Reinvention of History 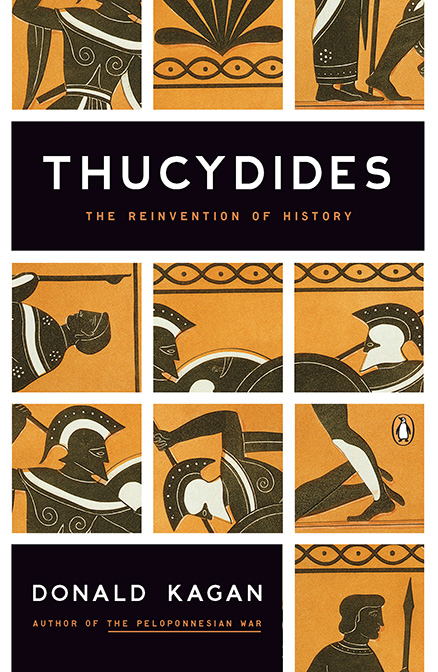 The grandeur and power of Thucydides’ writing have kept his work alive and influential for two and a half millennia.  But Thucydides was not only a great writer, he was the inventor of the rational analysis of the behavior of human beings in society that we call political history, strikingly different from his great predecessor Herodotus and more powerfully influential in the shaping of historiography over the centuries. Donald Kagan’s book examines the character and purpose of his work:  Who was this Thucydides, and what was the nature of his work that continues to interest and influence us more than twenty-four hundred years after its creation?

The study of Thucydides and his famous “History of the Peloponnesian War” has never been so intense, so widespread or influential as in our time. Thucydides claimed that his work is “a possession forever” meant to be useful to “such men as might wish to see clearly what has happened and what will happen again, in all human probability, in the same or a similar way.”  Political leaders and students of politics treat it just that way, and it has had a strong and continuing influence on those who think about international relations and war.

Novel and controversial, this is a fascinating work by a great historian and preeminent authority on Thucydides and the Peloponnesian War.