The Anatomy of an Exceptional Nation 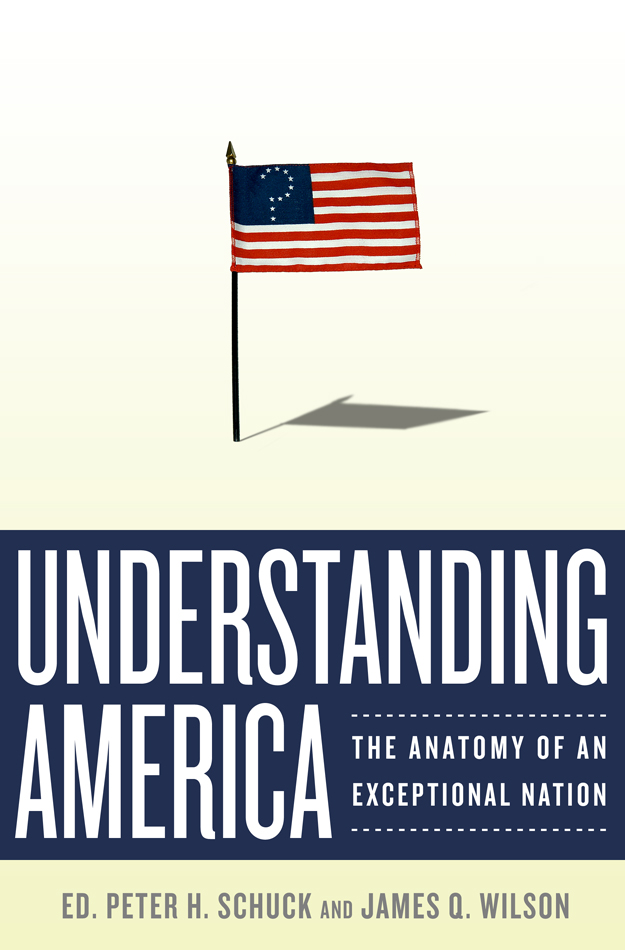 What is America? Is it a hegemonic superpower, composed of ruthlessly selfish capitalists? Or is it a land of hope and glory, a shelter for the huddled masses, and a beacon of freedom and enlightenment? The definition of this complex nation has been debated substantially, yet all seem to agree on one thing: it is unique. The idea of an exceptional America can be traced all the way back to Alexis de Tocqueville's nineteenth-century observations of a newly formed democracy that seemed determined to distinguish itself from the rest. Little, it seems, has changed.

Building on de Tocqueville's concept of American exceptionalism, this collection of essays, contributed by some of the nation's top scholars and thinkers, takes on the weighty task of sizing up America in a way its people and others can comprehend. Far more than simple history, they outline the current state of American institutions and policies—from the legal system to marriage to the military to the Drug War—and anticipate where these are headed in the future.

"An illuminating effort to explain America to the world—and to itself. The notion of American exceptionalism—the idea that America is different from the rest of the world—has long been a shibboleth among historians and a magnet for yahoos and jingoes. Editors Schuck and Wilson restore it with the wise observation that America is at least unusual in its ability to be 'deeply divided, witlessly vulgar, religiously orthodox, militarily aggressive, economically savage, and ungenerous to those in need, while maintaining a political stability, a standard of living, and a love of country that is the envy of the world—all at the same time.' The contributors examine the mechanisms, institutions and folkways that allow this curious condition. One is the tripartite division of federal power, especially the autonomous power of Congress, even with the efforts of the current administration to expand executive control. Another is the concurrent complexity of government and broad distribution of decision-making authority. Yet another is the unusual interplay of governmental and nongovernmental agencies to produce government goods and services, which accounts for the military-industrial complex so evident in Iraq today. The citizenry, for its part, expects little from the government by way of economic security, which is in contrast with Europeans, who demand that government assure a decent standard of living. The contributors turn up some surprises and offer some pointed notes on current controversies....A nuanced, warts-and-all portrait that offers much to ponder in this election year and beyond." — Kirkus

"This book is thick, but it does the work of about a dozen, maybe more. With its gold-standard contributors and well chosen, authoritative essays, UNDERSTANDING AMERICA captures more facets of our complicated country than I ever thought a single book could." — Jonathan Rauch

"This compendium of essays by distinguished social scientists provides a more comprehensive and perhaps richer education in what academics call 'American studies' than do most college courses in the field. It is two books in one: an unparalleled introduction to America's most distinctive attributes for observers from abroad and interested citizens alike; and a compendium of data and analysis supporting the ideas that America is unique among nations and that despite extremely grave problems, this 'American exceptionalism' is often a good thing. Furthermore, these essays illuminate the nature of the challenges that America faces, and help lay the intellectual foundations for efforts to surmount them." — Stuart Taylor