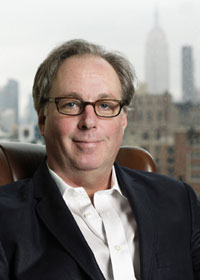 Born in New York City, Bill McGowan is a 1979 honors graduate of Middlebury College in Vermont, with a degree in Chinese history. The author of ONLY MAN IS VILE: The Tragedy of Sri Lanka (a New York Times notable book of 1992), he is also a contributor to THE CLASH OF IDENTITIES: Essays on Media, Manipulation, and Politics of the Self. As a special correspondent for Newsweek, Reuters, and the BBC, he lived and worked extensively in south and southeast Asia. A former editor at The Washington Monthly, he has written for The New York Times Magazine, The New Republic, The Nation, The Los Angeles Times, GQ, Conde Nast's Traveler, Columbia Journalism Review, The Forward, and other publications. Currently a media research fellow at the Social Philosophy and Policy Center, he has been a frequent contributor to The Wall Street Journal, has appeared on National Public Radio, and has lectured on media–related issues at the Columbia University Graduate School of Journalism and the Canadian Broadcasting Corporation.

COLORING THE NEWS: How Crusading for Diversity Has Corrupted American Journalism (Encounter Books, 2001)

GRAY LADY DOWN: What the Decline and Fall of the New York Times Means for America (Encounter Books, 2010)