Edward Hayman is a veteran journalist and critic. For ten years he was the theatre critic for the Detroit News. He has been a professor of journalism at New York University and Wayne State University. His articles have appeared in the London Times, Woman's Day, and elsewhere. 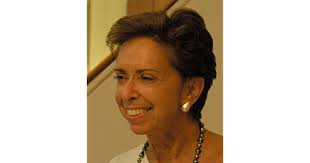 Tama Starr is the president of Artkraft Strauss, which throughout the twentieth century was the preeminent designer and creator of Times Square's signs and displays, and also was in charge of the annual midnight ball-lowering that signaled the arrival of the new year. She has served as Chair of Manhattan Community Board #5, member of the board of the International Sign Association, and member of the Advisory Council on Small Business and Agriculture of the Federal Reserve Board of New York.

Her essays and articles have appeared in Reason, Partisan Review, The Washington Post, and The Wall Street Journal and she is the author of three books: The "Natural Inferiority" of Women: Outrageous Pronouncements by Misguided Males (Simon & Schuster, 1991); Eve's Revenge: Saints, Sinners and Stand-Up Sisters on the Ultimate Extinction of Men (Harcourt, 1994); and Signs and Wonders: The Spectacular Marketing of America (Doubleday, 1998).

SIGNS AND WONDERS: The Spectacular Marketing of America (Doubleday Currency, 1998)