For Better or For Worse? What We've Learned from the Evidence 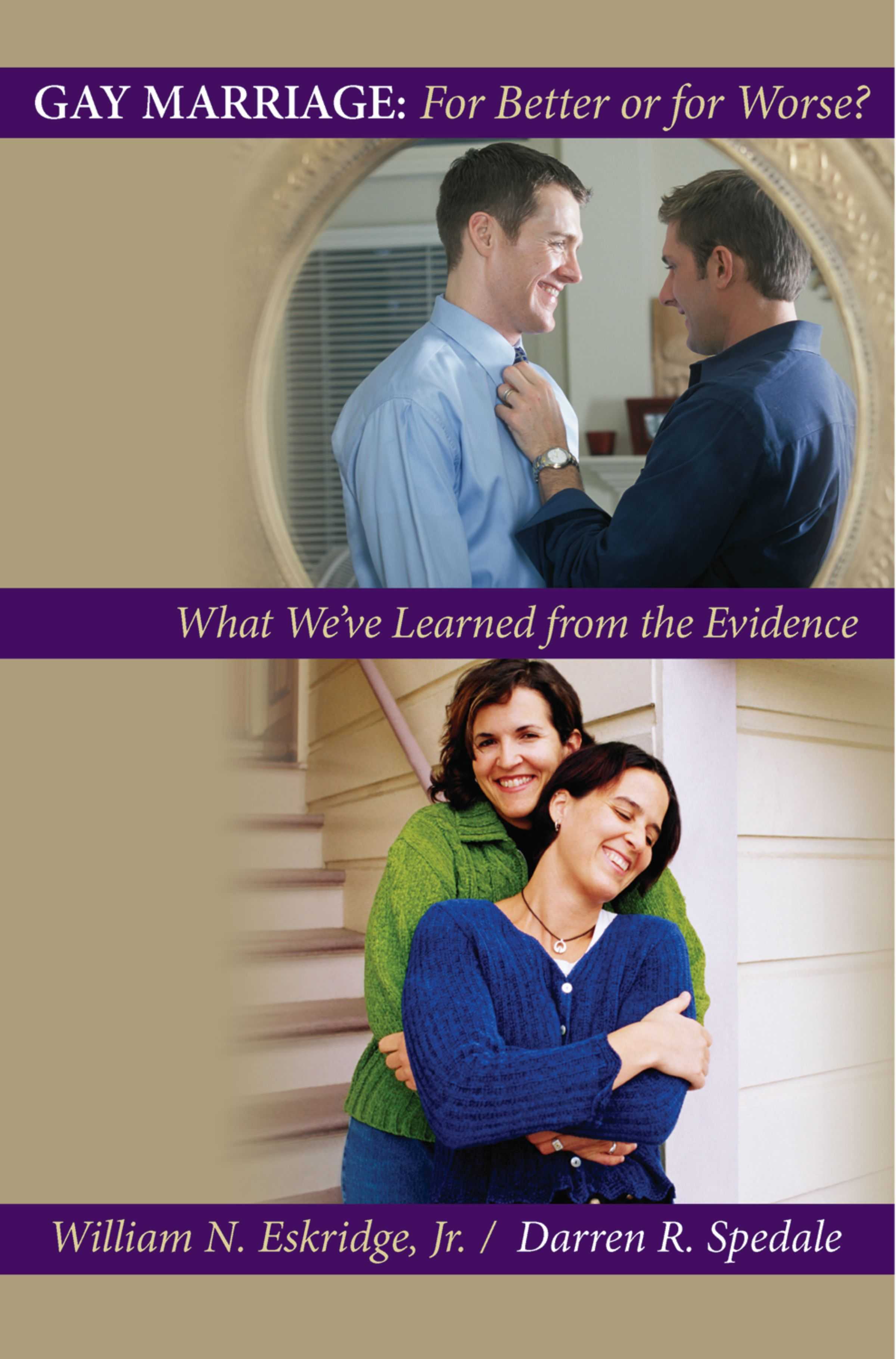 As gay marriage is debated in the United States, its proponents and opponents are separated by conflicting views of the effects such unions would have on society. While proponents argue it would not create problems, opponents of same-sex marriage claim it would lead to the downfall of the institution of marriage and would harm children. Traditionalists have recently based this latter "defense-of-marriage" argument upon the experiences of foreign countries—particularly the Scandinavian countries, where same-sex couples have enjoyed the rights and benefits of marriage since 1989.

GAY MARRIAGE: FOR BETTER OR FOR WORSE?, the first book to present empirical evidence about the effects of same-sex marriage, is based on almost two decades worth of data and experience from the Nordic countries. Darren R. Spedale and William N. Eskridge, Jr. look at how same-sex marriage (in the form of registered partnerships) came to be in Scandinavia; who is getting married and why they are tying the knot; the Church's reception to same-sex unions; and how same-sex marriage has affected the couples, their families, their children, and their greater communities, both nationally and internationally.

Spedale and Eskridge find that the defense-of-marriage argument is inconsistent with the Scandinavian evidence. In no way has marriage in the Nordic countries suffered from legalization of same-sex unions; if anything, it has benefited. They conclude that the sanctioning of gay marriage in the United States would neither undermine marriage as an institution nor harm the well-being of our nation's children. Their book looks at same-sex marriage in practice, emphasizing evidence over rhetoric.

"For a long time, we've needed a good scholarly account of the effects of same-sex marriage on marriage and society as a whole. Now we have it. This eye-opening book is a must-read for anyone interested in the continuing debate over same-sex marriage." — Andrew Sullivan

"Whatever your views are now on same-sex marriage, this is the book to read to be informed about why same-sex couples want legal recognition and what legal union means to them and to the larger community. Eskridge and Spedale give detailed accounts of the effects of registered partnerships in Scandinavia—and along the way, offer fascinating and engaging pictures of many people's lives. Fundamentally, this book raises the bar and now no responsible discussion can proceed without addressing actual evidence from the countries with long experience giving same-sex relationships legal recognition." — Martha Minow, Jeremiah Smith Jr. Professor, Harvard Law School