Terror in the Cradle of Liberty

How Boston Became a Center for Islamic Extremism 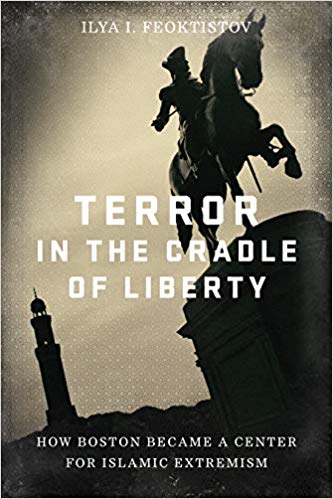 In April of 2002, a mosque in Cambridge, MA run by the Islamic Society of Boston (ISB) posted an appeal on its website: “Chechen refugee family needs temporary place to live until they complete their permanent refugee status in the US. Husband has good business knowledge, auto-mechanic experience and construction.”

Contrary to the Islamic Society of Boston’s claims, taken entirely at face value by most media, that the Tsarnaev brothers only briefly and occasionally attended its Cambridge mosque over the year or so before they bombed the Boston Marathon, the Tsarnaevs were already involved with the ISB in April of 2002 – the month that they arrived in the United States. The family, which was not religious when it arrived in America, began regularly praying at the ISB mosque and turned increasingly fundamentalist. This fits an alarming pattern: Since 9/11, fourteen leaders and members of the ISB have either been imprisoned, killed by law enforcement, or declared fugitives for their involvement in Islamic terrorism.

The stories of the Tsarnaev brothers have been told in countless places. The story of the mosque that they attended during their increasing radicalization – and the organization that runs it – has not been told in any meaningful way. Terror in the Cradle of Liberty documents the rise of Islamist networks within New England’s historically-moderate and century-old Muslim community since the 1960s. It contains a detailed and personal account of the efforts by Massachusetts activists since 2002 to expose and counter the influence of Islamist networks in New England – even as Jewish, political, and law enforcement leaders in the Bay State have decided to embrace these networks as interfaith and community allies.

"For a generation, the government, the media, and the academy have told Americans to ignore the catalyst of jihadist terror, as if the threat were the resulting brutality rather than the animating ideology. Terror in the Cradle of Liberty is Ilya I. Feoktistov’s spellbinding account of how the Boston Marathon bombing is the result of this willful blindness." — Andrew C. McCarthy