A Governor's Story and a Nation's Challenge 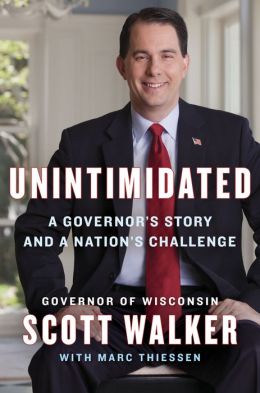 In 2010, Scott Walker was elected governor of Wisconsin with a mandate to improve its economy and restore fiscal responsibility. With the state facing a $3.6 billion budget deficit, he proposed a series of reforms to limit the collective bargaining power of public employee unions, which was costing taxpayers billions in pension and health care costs.

The reaction was swift and severe. Angry protesters gathered outside the capitol, teacher unions accused him of sabotaging education, and the media descended on Wisconsin to make it a national controversy. Soon, liberals nationwide were denouncing Governor Walker.

He stood his ground despite relentless political and personal attacks with the help of supporters across the country who hailed him for having the courage to drive real change. In June 2012, he won a special recall election with a higher share of the vote than he had for his original election, becoming the first governor in the country to survive a recall election

In this book, Governor Walker shows how his commitment to limited but effective government paid off. During his tenure Wisconsin has saved more than $1 billion, property taxes have gone down for the first time in twelve years, and the deficit was turned into a surplus. He also shows what his experiences can teach defenders of liberty across the country about standing up to the special interests that favor the status quo.

"This guy Walker is one of the gutsiest, toughest, strongest, most committed guys I have seen in Republican politics in a long time." — Rush Limbaugh

"Leadership takes many forms in public office. One of the most difficult challenges is standing up for what you believe in when faced with relentless public attacks. Scott Walker faced that test and passed it with flying colors. His battle to bring fairness to the taxpayers through commonsense reform of the public-sector collective-bargaining laws brought him scorn from the special interests and a recall election. Despite these threats, he stood tall. His reforms have brought tax reductions to his citizens and economic growth to his state. They have allowed public workers the freedom to choose whether to belong to a union. They have made Wisconsin a better place to live and work. His reward? A resounding 're-election' in 2012 after the failed recall, prosperity for his state and the satisfaction of knowing that the public does recognize and appreciate an officeholder with the courage of his convictions. Governor Scott Walker is one of those leaders." — Gov. Chris Christie, Time Magazine "100 Most Influential People"

"Most books by incumbent politicians are not worth the paper they never should have been written on. If, however, enough voters read Walker’s nonfiction thriller, it will make him a—perhaps the—leading candidate for his party’s 2016 presidential nomination." — George F. Will, The Washington Post

"Now governor, and future presidential candidate, Walker makes the story of passing legislation in 2011 that neutered public sector labor unions a fast-paced action story brimming with union violence, 70,000-person mobs at the state capitol and enough betrayals and heartbreak to fill a Kardashian weekend. Just as with World War II spy thrillers you kind of know how this ends, but the read is compelling and the narrative just may be the American future nationwide circa 2017." — Grover Norquist, The Vancouver Sun

"With so many people already speculating as to who might be the 'front runner' for the Republican nomination for president in 2016, Wisconsin governor Scott Walker's new book, Unintimidated, may be especially worth reading. It shows a man of real depth, and with an impressive track record that ought to overshadow the rhetoric of others, especially among the Washington Republicans. Unlike the Washington Republicans, Governor Walker has been tested and has come through with flying colors. His ending the labor unions' sacred cow status in Wisconsin, in spite of union thuggery in the capitol and death threats to himself, his wife and his children, tells us what kind of man he is." — Thomas Sowell, Creators Syndicate